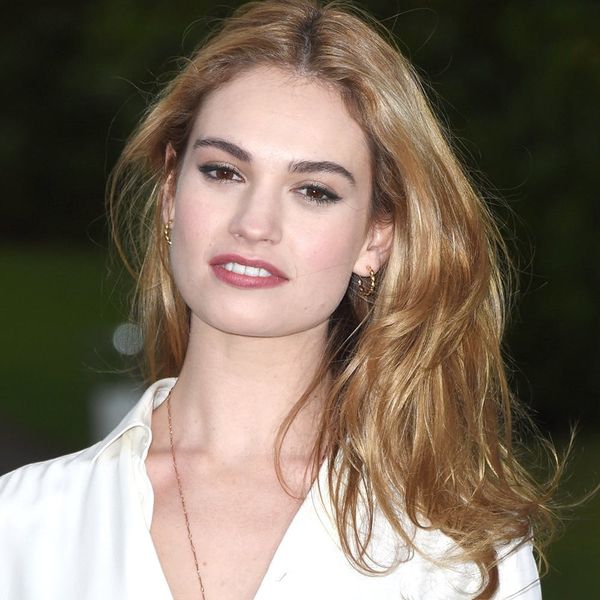 Earlier today we brought you news that Once Upon a Time’s Snow White (AKA Ginnifer Goodwin) ditched her jet black locks for a soft shade of gray, and now we’re coming at you with yet another fairytale princess makeover. Lily James, the star of the recent live-action version of Disney’s Cinderella, has ditched her long, golden tresses for a totally different ‘do.

While at Comic-Con this past weekend, James sported not only a chic new medium cut, but also a rich chestnut color. Lily posted this snap on her Instagram alongside the caption, “New hair don’t care!” While we were major fans of Lily’s super classic, long blonde locks, this spunkier new style is equally as stunning.

During a panel for her new film, Pride and Prejudice and Zombies, James styled her new cut + color in loose waves and a center part. But when she headed to Entertainment Weekly’s Annual Comic-Con Party later that day, James pulled her short hair back into a messy half-up style that is making us forget about top knots entirely.

So, just to recap: Snow White is currently sporting cool gray hair and Cinderella is rocking a dark medium cut. What’s next? A pixie cut for Rapunzel? Rainbow hair for Belle? We definitely wouldn’t be surprised.

Have you spotted any other major celebrity hair makeovers recently? Share with us in the comments below.