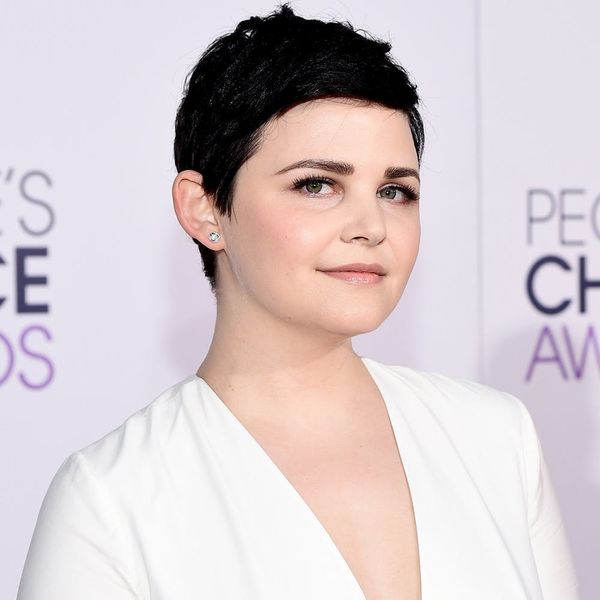 When it comes to gray hair, some women try to avoid it. But not only are some majorly embracing it, but women are going gray deliberately. Orange Is the New Black star Dascha Polanco rocked a gray and purple look late last year and Hilary Duff also sported a similar style a few months back. The latest celeb to jump on the haute “granny hair” train? Why, that would be Ms. Ginnifer Goodwin.

The Once Upon a Time star debuted the grayish-purple ‘do while hanging out at Comic-Con over the weekend. The 37-year-old actress, known for her trademark black locks (after all, she does play Snow White), seems to have switched things up during the show’s off-season. While posing for photos before a panel, Goodwin also showed off a hot pink cat eye, which complimented her new look perfectly.

Ginnifer isn’t much of an Instagrammer (she’s only ever posted three photos!) so we can’t be certain whether or not this is a totally brand-new look or if she’s been secretly sporting the style for some time now. Either way, her new gray pixie is nothing short of hair dye magic.

Would you ever consider dyeing your hair gray? Tell us what you think in the comments below.