You’ll Bug Out Over the Next Big Food Trend 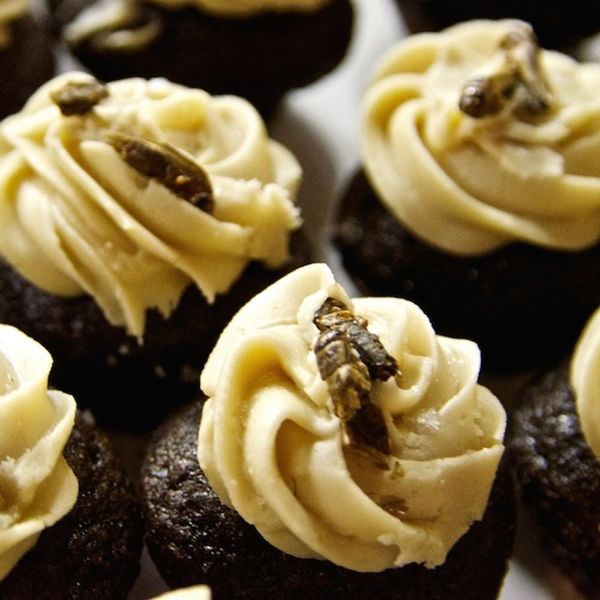 The next big thing in food has a lot of things going for it, but truth be told, it’s not for the squeamish. Imagine biting into a sushi roll, snack bar or crispy cracker and getting a hearty dose of crunchy protein from an unusual ingredient. What is it, you wonder? Well, it’s healthy, it’s sustainable and it’s rich in omega-3 fatty acids and micronutrients. It’s bugs.

Wait, what? Yup, it’s true. An Austin-based organization called Little Herds is working to introduce entomophagy, the practice of eating insects, into the mainstream diet. In fact, within a year of its launch in mid-2013, the nonprofit group participated in more than three dozen events focused on introducing kids and adults alike to the wonders of eating creepy crawly critters that — until recently — haven’t exactly been a staple of the American diet. The group hopes that getting children used to the concept from a young age will help it catch on with ease in the future. And it’s growing in popularity among open-minded, health-conscious adults too.

In particular, crickets have made their way (via a high-protein, nutrient-rich flour called “aketta”) onto the shelves of Austin’s beloved eco-minded grocer In.gredients. Renowned local chef Sonya Cote also used it to make polenta at a Future Food Salon ATX event, while well-known sushi chef Peter Yung was inspired to make a sushi roll using whole crickets and mealworms.

Lately, insects can also be found — intentionally, that is — in packaged foods that are gaining traction among the paleo crowd. Hopper Foods, for example, offers a line of paleo granola made with cricket flour. Available in three flavors (cranberry + almond, toasted coconut, and cacao + cayenne), each serving packs nine grams of protein, plus plenty of iron, omega-3s and good fats, as well as small amounts of two blood sugar-friendly sweeteners: dried fruit and Texas honey. Brace yourselves, and bon appétit!

Would you try a snack made with aketta? Tell us what you think in the comments section below!

Amy Lynch
Amy is a freelance writer and editor, telling the stories of progressive people and projects that move the world forward. Her work has appeared on The Hairpin, Refinery29, Citygram and more, and she's developed content for the likes of Alternative Apparel, Milkshake and Silvercar. She lives, works and plays with her fiancé and their dog, Bogey, in the weird, wild heart of Austin, Texas.
Eco-Friendly
Healthy Eating
Eco-Friendly Paleo sustainable
The Conversation
Reviews:
More From Healthy Eating