These Brooklyn-Made Protein Bars Have a Surprising Ingredient 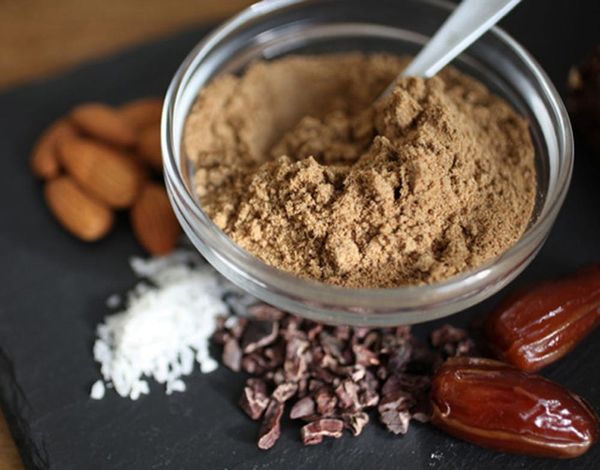 All-purpose white flour is no longer your only option – and it hasn’t been for quite some time. In recent years we’ve been introduced to almond flour, coconut flour, coffee flour — the list goes on… We even now have Soylent, an FDA-approved oat-flour and vitamin meal replacement that wants to be your go-to for sustenance. But there’s a new player in the flour game – and it might be the last thing you’d expect.

Exo is a Brooklyn-based company using cricket flour (yes, like the insect) to produce protein bars. We wouldn’t be surprised if your first instinct was to cringe a little bit. The Western world has never been too keen on consuming bugs. But we are the minority here — 80% of the rest of the world regularly eats over 1,600 species of insects, from jing leed in Thailand to escamoles in Mexico. There must be something we’re missing – and it turns out, there is.

Crickets come with some serious health benefits. They are estimated to be 20 times more efficient as a source of protein than cattle. They contain more iron than beef and almost as much calcium as milk. Crickets are also high in protein, low in saturated fat and contain all the essential amino acids.

They’re definitely good for your body, but turns out they’re pretty great for the environment as well. Earth’s population is estimated to grow by 75 million people each year. To meet the demands of this immense growth, we’ll have to triple our food production. Cows are big animals and, to put it simply, they just won’t fit. Crickets take up almost no space and need no water. The chirpy bugs need six times less feed than cattle, four times less feed than sheep and half as much as pigs do – and they still produce the same amount of protein. Another major plus is that insects release 80 times less methane than cattle. With 75 million more people every year, clean air is going to be (even more) of a serious concern.

To source the crickets, Exo works with a couple of domestic cricket farms. They’ve changed the farms’ traditional rearing practices for human consumption. Exo’s crickets are raised in specially designated areas and are fed a certified organic grain-based diet. To actually make the bar, the crickets are cleaned and dried. After all the moisture has been removed, they’re milled into a fine flour. The result is a slightly nutty tasting flour, high in protein and micronutrients. In the end, approximately 40 crickets end up in each bar.

So sure, it’s great for your body and the planet, but what the heck do the bars taste like? The two guys behind Exo knew that with such a niche ingredient, taste would play a huge factor in getting people on board. So they hired a Michelin Star chef to help develop their recipes. The bars come in flavors like cacao nut, PB+J, blueberry vanilla and apple cinnamon. Each bar is only about 27 to 300 calories and contains 10 grams of protein.

To anyone still hesitant about the alternative flour, Exo brings up a good point on its website. “Much like the California Roll first introduced Westerners to sushi in the ’60s by combining the raw fish with avocado, rice and seaweed, we intend our bars to serve as an introductory vehicle for insects by combining cricket flour with more familiar ingredients like nut butters and fruits.”

The flour is not yet available to purchase on its own, but Exo does say that’s in the works. For now, order yourself a few bars and get familiar with the stuff, because you’ll probably be seeing a lot more of it in the future.

After hearing about all the benefits would you try these bars made from crickets? Have you already? How did it taste?