This YouTuber’s Response to Anti-Plus-Size Comments Is Inspiring 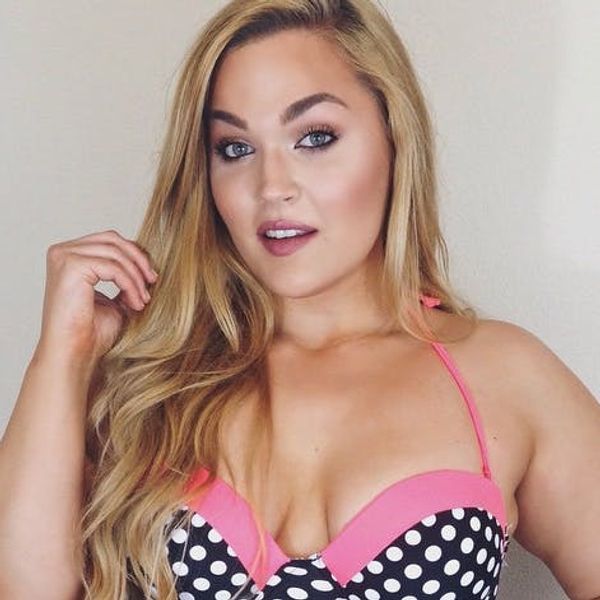 If you’re a) a woman and/or b) spend any time on the Internet, you might have noticed that there are people out there who feel entitled to make comments about your appearance, your body and your, you know, general womanhood on the daily. Be it street cat callers, politicians or — this generation’s cruelest dum-dums — YouTube trolls. (Psst, we’ve covered how to respectfully and humorously “holla” at a woman with DIY printables before.) YouTube star and plus-size vlogger Loey Lane recently decided to dedicate a whole video to her trolls, but the effect is pretty badass.

In a video posted a month ago (that is now gaining traction and has almost one million views) titled “Why Fat Girls Shouldn’t Wear Bikinis,” she addresses the most common critiques she receives from YouTube trolls. From “bikinis don’t look good on bigger girls” to “you’re promoting obesity,” she very sassily responds by saying: “I didn’t realize that there was a meeting, and all of the people who were allowed to come in and decide what was attractive and what was not are now commenters on YouTube.” Ooh, zing! Watch her body positive video below:

In another video, Lane shares: “The first time I was told by someone that they admired my confidence, I was flattered. I took it as a compliment, which hopefully, it was meant to be. But as time has gone on and I’ve heard it over and over, I’ve realized that when you’re my size, confidence is an anomaly. To others, I’m not confident because of my body — I’m confident despite it.” Well, we think you’re an inspiration, Loey <3

What do you think of Loey Lane’s body positive message to her haters? Let us know in the comments below!

(h/t The Stir, photos via @loeybug)

Kimberly Wang
Kimberly Wang writes about all things pop culture, tech, style, and beauty. She's a Bay Area transplant and has an MFA in Creative Writing from Columbia University. On a sunny New York day, you can find her hanging out with her mini schnauzer Isabelle Jellybean on a blanket in Central Park.
Body Positive
Fashion
Body Positive Plus Size YouTube