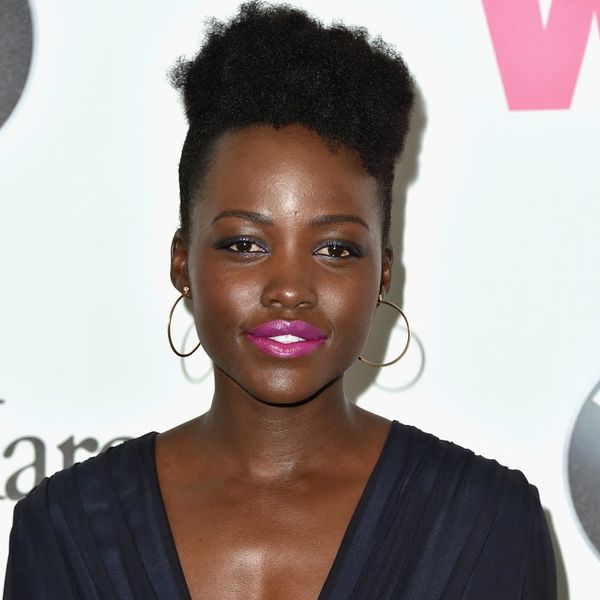 Like every other woman in the last few weeks, Oscar winner Lupita Nyong’o has been following along with the Harvey Weinstein saga. With allegations having surfaced against the producer followed by his swift removal from his company, then by the Academy of Motion Picture Arts and Sciences, as well as his name being scrubbed from a number of shows he’s produced, Nyong’o is the next in a seemingly endless parade of actresses who have come forward to denounce the former Hollywood powerhouse of using his position to attempt to coerce women into unwanted sexual acts.

In a first-person essay penned for the New York Times, Nyong’o says that she’d blocked out the memories of her previous encounters with the producer before the recent allegations arose. This is a common way that the human brain protects itself from trauma.

Nyong’o alleges that, with many coming forward, she has felt a “pit” in her stomach in remembering the events of her initial contact with Weinstein. When the actress first encountered the producer, she was at an awards ceremony (it was 2011). Still a student, she understood that meeting a producer with the clout of Weinstein would be a possible boon to her career, so of course, she was excited to meet the man who had produced a huge number of Oscar-winning films.

That excitement soured almost immediately, however. Nyong’o reports that she was warned by another woman that the producer was “a good man to know in the business,” but that she should be “careful” around him because he was a known “bully.” Nevertheless, the then up-and-coming actress agreed to meet Weinstein for a screening of a film in his home (along with his family).

Nyong’o reports that when the producer sent for her, she was first taken to a restaurant for dinner, where the director allegedly tried to bully her into drinking vodka. The actress says she refused to drink the alcohol, even after Weinstein “insisted” that she drink what he was paying for.

His persistence continued after they arrived at his family home, Nyong’o reports. Shortly after the start of the film they were set to watch, Nyong’o alleges that the producer took her to his bedroom where he tried to get her to give him a massage while he partially disrobed. When the actress yet again persisted against Weinstein’s advances, she alleges that she then went back to her Yale dormitory, trying hard to process what had happened with the producer.

Feeling that her career was in jeopardy, the actress says she invited Weinstein to a performance at her school, hoping to keep herself in his good books as the possibility of being cast in one of his productions was dangled over her head. Months later, Nyong’o says the producer tried one more time at a post-screening dinner to instigate a sexual encounter, where he allegedly told the budding star that he was unsure how her career would unfold because of her stubbornness against his advances.

Nyong’o says she ended up with Weinstein, though she alleges that he tried relentlessly for a few years, finally stopping his attempts after her star-making turn in 12 Years a Slave.

In the end, Nyong’o admits that Hollywood is a business where the professional and personal can be blurred, but also admits that it doesn’t mean that women should be abused by power players in the industry. “Now that we are speaking,” she concludes, “let us never shut up about this kind of thing.”

“I speak up to make certain that this is not the kind of misconduct that deserves a second chance. I speak up to contribute to the end of the conspiracy of silence.”

How are you supporting #MeToo? Tell us @BritandCo!