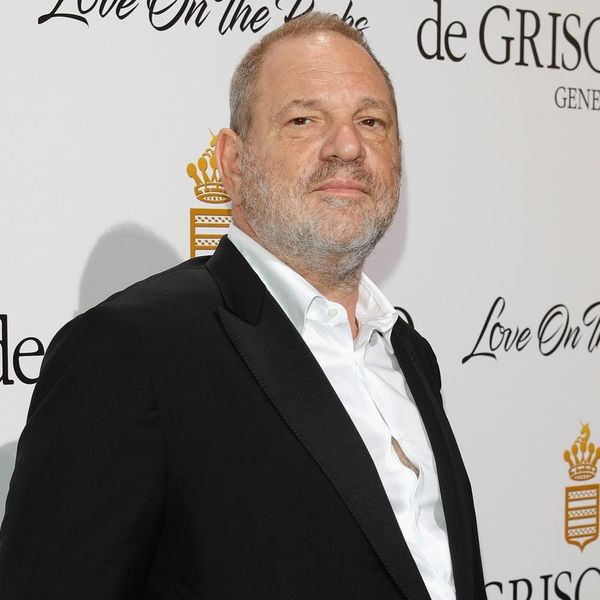 Another blow has come for Harvey Weinstein in the wake of a New York Times exposé detailing decades of allegations of sexual harassment against the infamous film producer. After being fired from The Weinstein Company and left by his wife, Marchesa co-founder Georgina Chapman, Weinstein, 65, has now been “immediately expelled” from the Academy of Motion Picture Arts and Sciences.

The decision was made today in an emergency meeting held by the board of governors, which consists of 54 members (40 percent of which are female). Their vote was “well in excess of the required two-thirds majority,” according to a statement from the Academy.

According to the New York Times, Weinstein is only the second person to ever be expelled from the academy, the first being character actor Charmine Cardidi, who was caught leaking VHS screeners to the public.

Academy Board of Governors issues statement after expelling #HarveyWeinstein. pic.twitter.com/30rNdWztF9

As The Times noted, the decision was hugely symbolic for the Academy, who has historically turned a blind eye to similar allegations made against other members, including Roman Polanski, Mel Gibson, and Bill Cosby.

The Academy explained its decision in a statement, saying, “We do so not simply to separate ourselves from someone who does not merit the respect of his colleagues but also to send a message that the era of willful ignorance and shameful complicity in sexually predatory behavior and workplace harassment in our industry is over. What’s at issue here is a deeply troubling problem that has no place in our society. The board continues to work to establish ethical standards of conduct that all Academy members will be expected to exemplify.”

Weinstein has yet to respond to his dismissal.

Are you pleased with the Academy’s decision? Tell us over @BritandCo.

Nicole Briese
Nicole is the weekend editor for Brit + Co who loves bringing you all the latest buzz. When she's not busy typing away into the wee hours, you can usually find her canoodling with her fur babies, rooting around in a bookstore, or rocking out at a concert of some sort (Guns N' Roses forever!). Check out all her latest musings and past work at nicolebjean.com.
Celebrities
Celebrity News
Celebrities Controversy
More From Celebrity News