Why the Magnetic Lash Trend Might Make You Reconsider Extensions 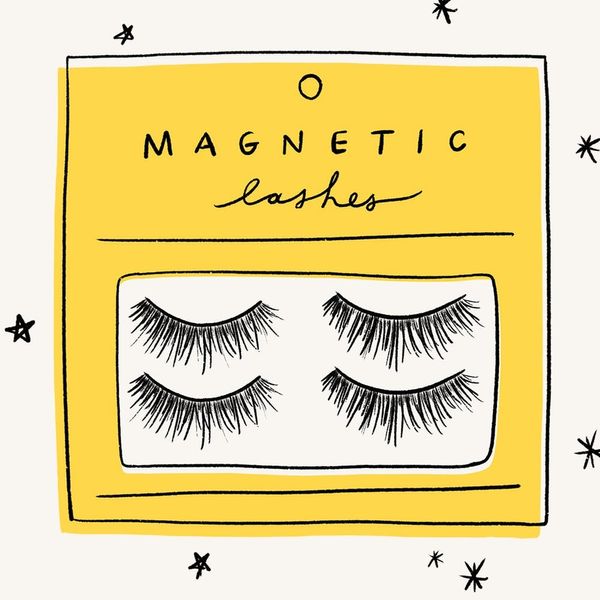 Fact: I cannot put on fake lashes for the life of me. No matter what application method I try, the falsie strips always end up too far away from my actual lash line, leaving me frustrated (and eventually giving up). When I first found out about magnetic lashes, I was skeptical based on my less-than-impressive track record — but I instantly became obsessed with the ease and impact they offered false-lash-challenged people like myself. After my first time using them, I forgot about lash lifts and extensions entirely.

You’re probably wondering how magnets work with fake eyelashes; I had this question initially too. One set of lashes comes with four separate pieces: a bottom and top lash for each eye. Each piece has a small magnet on it. Using your fingers, you carefully sandwich the top and bottom strips on your real lashes, which connect the magnets — your natural eyelashes will be in the middle of the magnetized sections. After that, the amped-up lashes are totally secure and locked in place until they’re separated and slid off.

My first experience with this trend was with One Two Lash ($69). I was surprised at how foolproof it was to apply these, even from the first time I tried them, which made them an instant favorite of mine. The teeny magnets on the strips are so lightweight you completely forget you’re wearing them, making them incredibly comfortable to sport all day and night. They give your eyes a ton of extra definition without looking (or feeling) heavy, and they’re reusable. Genius.

While I love One Two Lash, it’s pretty pricey for a single set. That’s why when I tried Ardell Magnetic Eyelashes ($14) and Accents ($14) when they launched in January, I was hooked. The thick, lush falsies sandwich my real lashes just as easily as One Two Lash does, but at a much more affordable price. They apply so seamlessly that I’ve actually forgotten I was wearing them and fallen asleep in them. That said, I can remove them in about five seconds flat when I slide the top and bottom in opposite directions. It’s infinitely better than scrubbing off lash glue and they’re way less damaging overall. Once you go magnetic, you’ll totally forget falsies — and this is a trend I see sticking around.