Team USA’s Maia and Alex Shibutani, AKA ‘The Shib Sibs,’ Are Ready to Rule the 2018 Winter Olympics 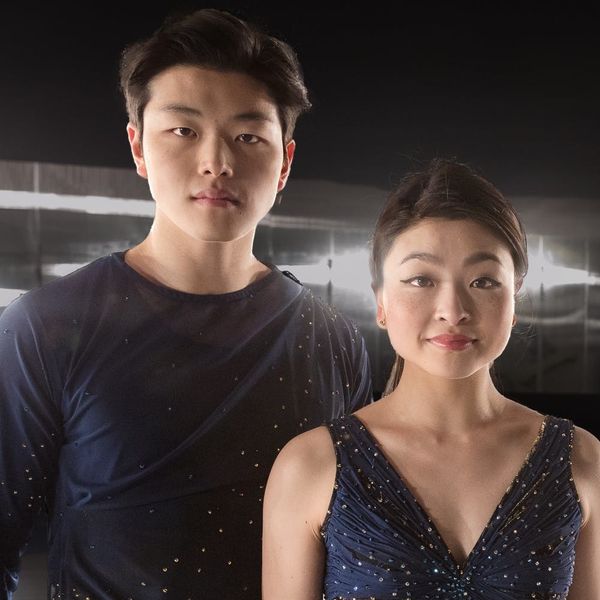 At four years old, Maia Shibutani took to the ice, quickly falling in love with the sport of ice skating. Her older brother, Alex, then seven, joined her a short time later, after growing bored of watching Maia practice.

“We both learned how to skate at the same time,” Maia, now 23, tells Brit + Co. For a while, the siblings skated solo, but after five years on the ice, they teamed up and began competing together.

The New York City-based brother and sister became ice dancers, an ice-skating discipline that draws inspiration from ballroom dancing. While there are no risky jumps and throws, ice-dancing pairs must learn to move perfectly in sync, as Meryl Davis and Charlie White did in 2014, when they became the first American pair to win gold in the sport. The Shibutani siblings competed that year, too, and have continued to hone their craft in the time since.

“Something that I really appreciate about ice dance is that when it’s done well, challenging technical elements that require a lot of athleticism are combined with creativity to create a complete performance that is made to look effortless,” Maia explains.

Having always been close, the children of a pair of Harvard musicians were a natural fit to compete together. “It’s been special that in our sport, we are on the same team,” Maia gushes. “There are other siblings who are athletes and have to compete against each other. We are united because we have the same goal and we know that the work we put in individually leads to success and moments that we can share and experience together.”

One reason for their success in the sport is their communication, which Maia says comes from a strong bond and the ability to be honest with one another. “We don’t have to ‘beat around the bush,'” she says.

Of course, there are some unique challenges to spending so much time with a sibling.

“Maybe something that is challenging is that since we are a team and family, we inevitably spend a lot of time together,” Maia says, noting that they live separately, which helps provide space and time apart. “It works well until we are really exhausted and hungry. But when it comes down to it, I know that we have a much stronger relationship than any team we compete against. That trust allows us to push and challenge ourselves to always reach a higher level.”

Ultimately, the ShibSibs — as they call themselves on their Instagram and YouTube channel — have strengthened their relationship through the sport.

“We have become closer because of two related things: experience and time. Our shared experiences competing around the world in high-pressure situations and working as a team off the ice have definitely brought us together,” Maia explains. “Most siblings usually leave home after high school and go to different colleges. They often end up living in different parts of the country. We are both in our twenties and because of the level of success we have reached in figure skating, we have had the opportunity to experience amazing things on and off the ice together for a longer period of time than most siblings.”

There is one thing in particular that they are hoping to experience this month: Olympic success.

“We are in such a different place compared with 2014. We are much more confident and we’ve reached an elite point in our skating where we are so proud of what we’re doing and the decisions we have made,” Maia says. “Since 2015, we have taken charge of our creative process, and it has been extremely fulfilling. We’re in the best physical shape of our lives and are ready to fight for the best result possible. Our career has already been extremely successful. This fact will never change — and it gives us a lot of confidence heading into PyeongChang.”

Cara Sprunk
Cara E. Sprunk is a Los Angeles transplant who loves writing about fancy awards shows, the Olympics, and reality television. When she isn't working, Cara can be found taking cooking classes, in the boxing ring, or next to you…in Malibu (where the sky is more blue).
Olympics
Pop Culture
Olympics
More From Pop Culture