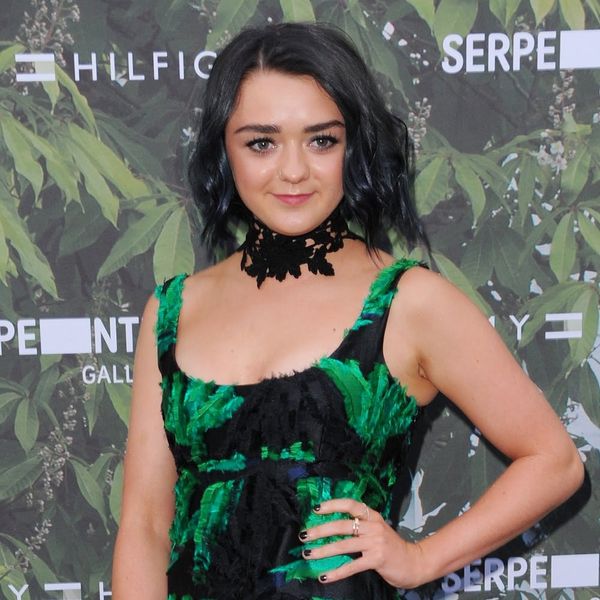 While we eagerly await the (delayed) seventh season of Game of Thrones — which will be one of the show’s last seasons (cue all of the tears!) — hints about the upcoming trials and tribulations of the Westeros-based characters seem to suggest that this year will be just as intense as we’d expect. In fact, according to star Maisie Williams, nothing will prepare you for what’s coming, because it’s about to get real. Whoa!

Maisie’s cast-mate, Kit Harington, who plays Jon Snow, still has to catch up on his reading homework, but told The Hollywood Reporter that he thinks things will be getting “very bleak before if there is a happy ending… I think it’s going to get very dark before it gets better… I think with the whole ‘winter is finally here’ business, it means everyone is going to have a really bad time.” Yikes!

But it’s Maisie, who plays the kick-butt Arya Stark, that’s really in the know — and what she has to say will give you chills.

i'd start preparing yourselves now

scratch that, nothing will prepare you for this

NOTHING WILL PREPARE YOU FOR THIS! As if that wasn’t over-the-top exciting in itself, she added…

What do you want to see happen in the seventh season of Game of Thrones? Tweet us @BritandCo!

Desiree O
Desirée O is a ‘Professional Bohemian’ who loves anything and everything related to the arts, entertainment, and pop culture. She ADORES being a ‘Newsy’ for Brit + Co, covering all of the latest tidbits of awesomeness that you want to read about. When she’s not writing, she’s either making messy art, going on long adventurous walks with her camera, or poking around over at bohemianizm (http://www.bohemianizm.com/). You can find out about Desirée O and her work at http://DesireeO.com/ or follow her on Twitter @DesireeO.
Game of Thrones
Pop Culture
Game of Thrones