This GoT News Will Break Your Heart Then Make You Smile 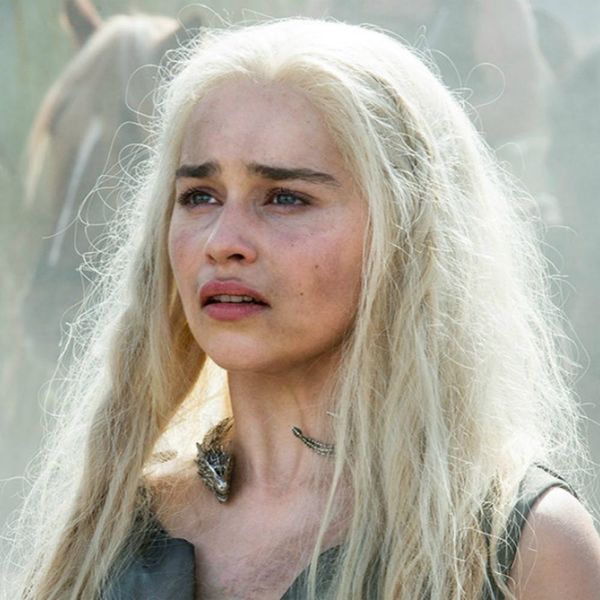 Relish these last two seasons of Game of Thrones, fans: Not only is Sophie Turner now a blonde, they will officially be the show’s last. Cue all the sobs…

As much as we wish this was some crazy plot twist, the sad news was confirmed at the Television Critics Association Press Tour, along with an added blow that we’ll now have to wait until the summer of 2017 to view season seven (which will also be one ep short — oof).

Apparently, the show’s executive producers have made their minds up when it comes to the number of seasons of the show they want to do. HBO President of Programming Casey Bloys reportedly told the room that he was just as bummed as the rest of us. “Believe me… if I could get them to do more, I would take 10 more seasons,” he shared.

There IS a ray of light at the end of this dark, dark tunnel, however: Bloys also said that the network has been kicking around the idea of — gasp! — a spinoff series (!). “We talked about it. It’s not something I’m opposed to, but of course, it has to make sense creatively,” says Bloys.

Would you be on board with a Game of Thrones spinoff? Tell us over @BritandCo!

Nicole Briese
Nicole is the weekend editor for Brit + Co who loves bringing you all the latest buzz. When she's not busy typing away into the wee hours, you can usually find her canoodling with her fur babies, rooting around in a bookstore, or rocking out at a concert of some sort (Guns N' Roses forever!). Check out all her latest musings and past work at nicolebjean.com.
Game of Thrones
Pop Culture
Game of Thrones
More From Pop Culture