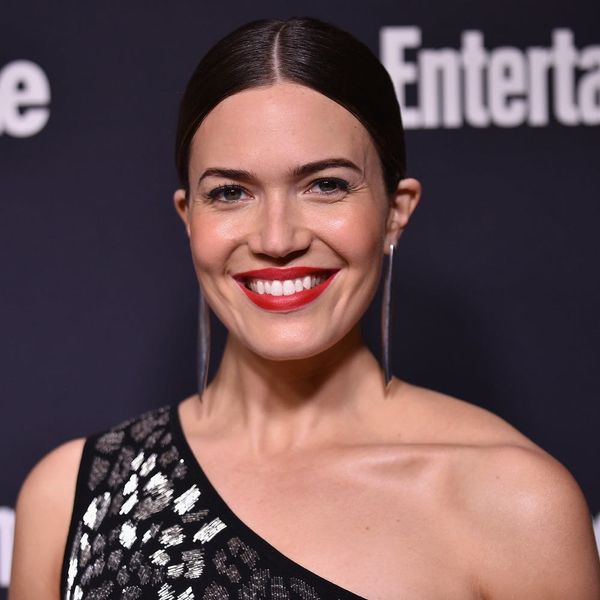 Mandy Moore has proved herself the throwback queen of Instagram before, often looking back at some of the films that defined the aughts — not just for her, but for us, too. Her latest is a tribute to the 2001 film The Princess Diaries, and it has us feeling all kinds of nostalgic.

The This Is Us star posted a photo with some of her castmates and reminisced about their time on set together. “16 year old me with the inimitable @julieandrews and @heathermatarazzo on the set of #theprincessdiaries,” she wrote, before pointing out some of her long-abandoned teenage aesthetic choices. “#thosecurlstho.”

16 year old me with the inimitable @julieandrews and @heathermatarazzo on the set of #theprincessdiaries. #tbt #thosecurlstho

Matarazzo played Mia’s friend Lilly Moscovitz in the flick — but it’s not the only time the two starred opposite each other. The recently engaged Matarazzo and Moore were also in the 2004 teen comedy and religious satire Saved!, and the photos are just as era-appropriate.

In honor of @mandymooremm #tbt photo, here’s a #tbt from when we shot #Saved and I was a blonde. You were meant to play Hillary Faye and am so happy you did. Your welcome @bpdannelly 😉 #tbt #saved #thebiblesnotaweaponHillaryFaye

“In honor of @mandymooremm’s #tbt photo, here’s a #tbt from when we shot #Saved and I was a blonde,” Matarazzo captioned two photos of the costars seemingly singing karaoke together. “You were meant to play Hillary Faye and I am so happy you did.” Us too!

Which movie do you like better: The Princess Diaries or Saved? Let us know @BritandCo!

(photo via Bryan Bedder/Getty Images for Entertainment Weekly and PEOPLE)