Why People Are Not Happy About Marc Jacobs Controversial Runway Show 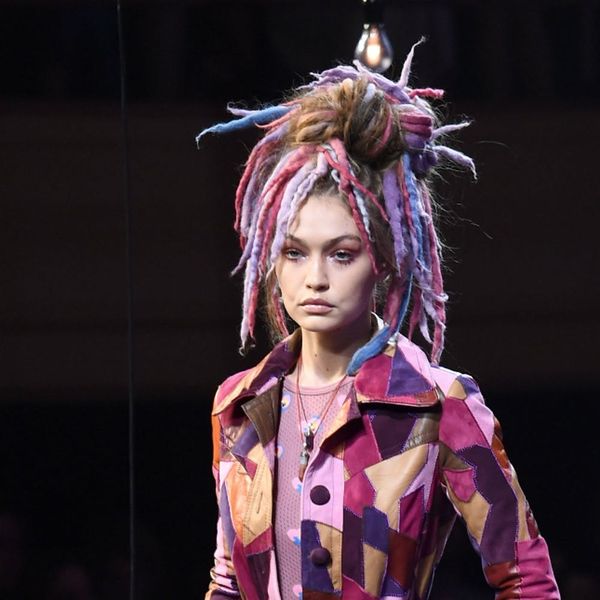 As NYFW rolls along, we’re getting excited about all the cute looks that are springing up for SS17. We’re loving seeing what celebs like this OITNB star are rocking, as well as what designers are presenting for the trends for next year, but New York poster boy Marc Jacobs has made a different kind of splash, and not only is it not cute, it’s downright wrong.

The collection featured a number of white models in hand-dyed pastel dreadlocks, which, let’s be honest, is pretty poor form. When called out by people for cultural appropriation, Jacobs took to IG to acknowledge the call outs.

In his post, which he then quickly deleted (we’re guessing someone told him he was being terrible), Jacobs cried foul, saying that he basically doesn’t believe in cultural appropriation. Someone needs a lesson in power and race.

The problem, which he seems to ignore, is that dreads are typically a cultural thing (whereas straight hair, as he cited in his post, is not), and using them for fashion without respect for the culture they came from is disrespectful. This is pretty much textbook cultural appropriation. Jacob’s statement that black women who relax their hair are doing the same is basically like saying that there’s racism against white people. It’s not a thing.

This scandal goes to show that you can be good at creating cute clothing while still remaining ignorant to sensitive cultural issues. We only hope that Jacobs learns from this, apologizes and continues to learn about other cultures and how to respect them without appropriating.

If they wanted to rock pastel hair, we can’t help but think they could’ve done so in a much less offensive way.

What do you think about Marc Jacobs response to his hair scandal? Tell us @BritandCo!

Kat Armstrong
Kat has been a writer, social media maven and mom for longer than she's willing to admit. She's also spent time in front of and behind the camera, interviewing celebs, politicians and acting as a producer for fashion and artistic photography shoots. When she isn't writing for various orgs and publications, she's hanging with her kids, husband and French Bulldog, Peter, in Toronto, Canada.
Style News
More From Style News