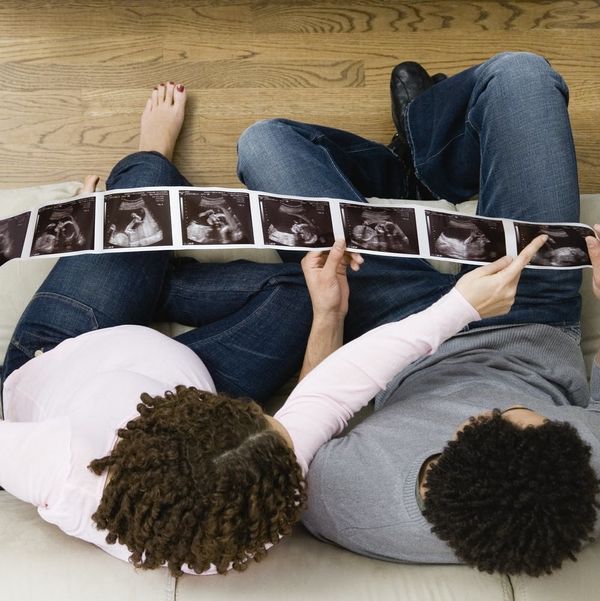 Danish researchers published a study that showed women are often diagnosed years later than men for the same diseases. According to the report, which factored in hundreds of different diseases across a sample group of 6.9 million Danish people, women were diagnosed when they were about four years older, on average, than the age at which the conditions were recognized in men.

There are many factors that may contribute to the delay of diagnoses in women. But researchers acknowledged the potential role of gender bias in this dangerous and prevalent trend. The study's findings were frustrating and concerning, but perhaps not especially surprising to those who have been following research about gender bias in the health care system for years.

Anecdotal testimonies by women have shone a light on the higher threshold they often face to “prove" their pain and illness to doctors. That gender-based double standard extends to medical research, too. For example, aggregate data has shown women suffer from migraines at significantly higher rates than men, due to a proven connection between estrogen and migraines; yet, migraine research remains notoriously underfunded.

But arguably the most prevalent and dangerous area of gender bias in health care is maternal and reproductive health care, where we encounter the tangible outcomes of gender and racial bias in steadily rising maternal death rates.

There is no one reason for maternal deaths and disparate outcomes for women of color. However, state laws that restrict safe and equitable access to reproductive health care like birth control and abortion are correlated with higher maternal death rates in these states. But the sting of identity-based biases in health care, and especially maternal health care, are felt on a systemic level, even in states with more liberalized reproductive health laws.

Monica McLemore, a registered nurse and researcher on maternal health in the Bay Area, previously worked on a study assessing the health care-seeking experiences of women of color, and specifically, their experiences with prenatal care, birthing, and postpartum. Upon speaking with women of color in Fresno, Oakland, and San Francisco, McLemore repeatedly heard their frustrations with having to repeat themselves to care providers — which led them to wonder why they weren't being listened to.

“Many of the individuals talked about not being believed, having to repeat themselves over and over again, to multiple members of a clinical care team. People used the language of, 'I really felt like folks didn't believe me, or weren't listening to me,'" McLemore tells Brit + Co. “This need to be repetitive, to have to constantly tell their story, and what they were feeling and going through, over and over again, seemed like a symptom of not being heard and believed."

McLemore emphasizes the role of racial bias in worsening the phenomenon of pregnant women not being listened to — especially when it comes to seeking pain medication.

“You'll see the incorrect perception that Black people don't experience pain when they seek pain medication," she says. “Or you'll see some women are perceived as being more likely to have drug-seeking behaviors. And of course, when it comes to pain medication, there are women from communities disproportionately affected by the opioid crisis, who are terrified of being affected by the opioid crisis."

As a result of negative experiences with gender and racial bias in health care, McLemore says women of color who have had these experiences may be less likely to seek professional care or may withhold critical information about themselves from doctors and health care workers in the future.

Raena Granberry, the maternal health program manager at Black Women for Wellness in Los Angeles, has had her own run-in with medical bias. She tells Brit + Co that doctors were doubtful of the pain she reported during a 2012 pregnancy. Granberry says that she had already been in the hospital for monitored bedrest when she suddenly began to feel such intense pain, she was certain she was in labor.

“Even though I said that, and I was sure about the pain I was in, [my nurse] checked my monitor, and she said, 'Nothing's wrong, you're not in labor,'" Granberry tells us.

As it turned out, she was experiencing pain because her son's umbilical cord had begun pushing through her cervix. Granberry says it was only after she insisted her nurse check on her that this potentially life-threatening complication was uncovered, leading to an emergency C-section.

“If they had trusted me about what I said was happening to my body, we could have avoided that emergency," Granberry says.

She adds that there are plenty of other stories like hers. She shared the account of another Black woman she worked with, who similarly faced disbelief and dismissal when she told doctors she was in pain. Eventually, the doctors found that her placenta had been 50 percent calcified and was nonfunctioning, necessitating the immediate removal of her baby. Stories like these closely reflect that of tennis superstar Serena Williams, who quite literally almost died because doctors didn't believe her pain was serious — until it was almost too late.

“Many of these emergency situations start out with non-emergencies," Granberry says, “and they become emergencies when we're not listened to."

There's an important message to this, Granberry says, beyond that it's past time for doctors to start listening to women, and especially women of color: “We're not alone, and it's not our fault."

The more these stories come to light, the harder women are fighting back to address these life-threatening disparities. On April 9, Black women lawmakers announced the formation of the Congressional Black Maternal Health Caucus. And in California, lawmakers under the leadership of state Sen. Holly Mitchell have introduced S.B. 464, the Dignity in Pregnancy and Childbirth Act. As the maternal health program manager at Black Women for Wellness, Granberry also played a role in creating and advocating for the bill.

S.B. 464, which passed out of committee on April 10, would create and fund implicit bias training for all maternal health care providers, to ensure medical professionals address the pain and needs of Black women and women of color with the same care and sensitivity that they do for white women.

McLemore agrees that implicit bias training could be an important step forward. But she thinks there are additional, more comprehensive solutions that address the issues of gender and racial bias in health care at their roots.

“We should look to address personal and institutional biases," she says. “For that, we need diversification of the health care workforce, representation, physicians, and clinical staff who look like the people they serve."

To McLemore, this includes “new and innovative models," such as the group care model to ensure people representing marginalized groups, such as those at the highest risk of not having health care, are part of medical staffs and serve patients that look like them and share their experiences. Some hospitals, like San Francisco General Hospital, have started developing and implementing the group care model at their facilities, McLemore says. She believes that, with greater awareness about the prevalence of racial and gender biases in health care, even more hospitals and clinics could soon adopt these solutions.

Regardless of whether legislation like S.B. 464 can singlehandedly fix all gender and racial bias in health care, that particular bill certainly marks a timely and critical step forward in raising awareness about these biases, and laying the groundwork to finally address them.

At the end of the day, Granberry says, not everyone has an extensive background or base of knowledge in biology or medicine. But everyone should have the right to advocate for themselves and be trusted.

“We've all lived in our bodies for years," she said, “and we all deserve to be heard, believed, and trusted about what we're feeling and experiencing."

From Your Site Articles
Kylie Cheung
Kylie Cheung writes about women's rights, reproductive justice, and national politics. Connect with her on Twitter @kylietcheung, or learn more about her work at www.kyliecheung.tumblr.com
Inclusivity
Food
Inclusivity Pregnancy Womens Health
The Conversation