If You’re Pregnant or Thinking About It, a Doula Might Literally Save Your Life 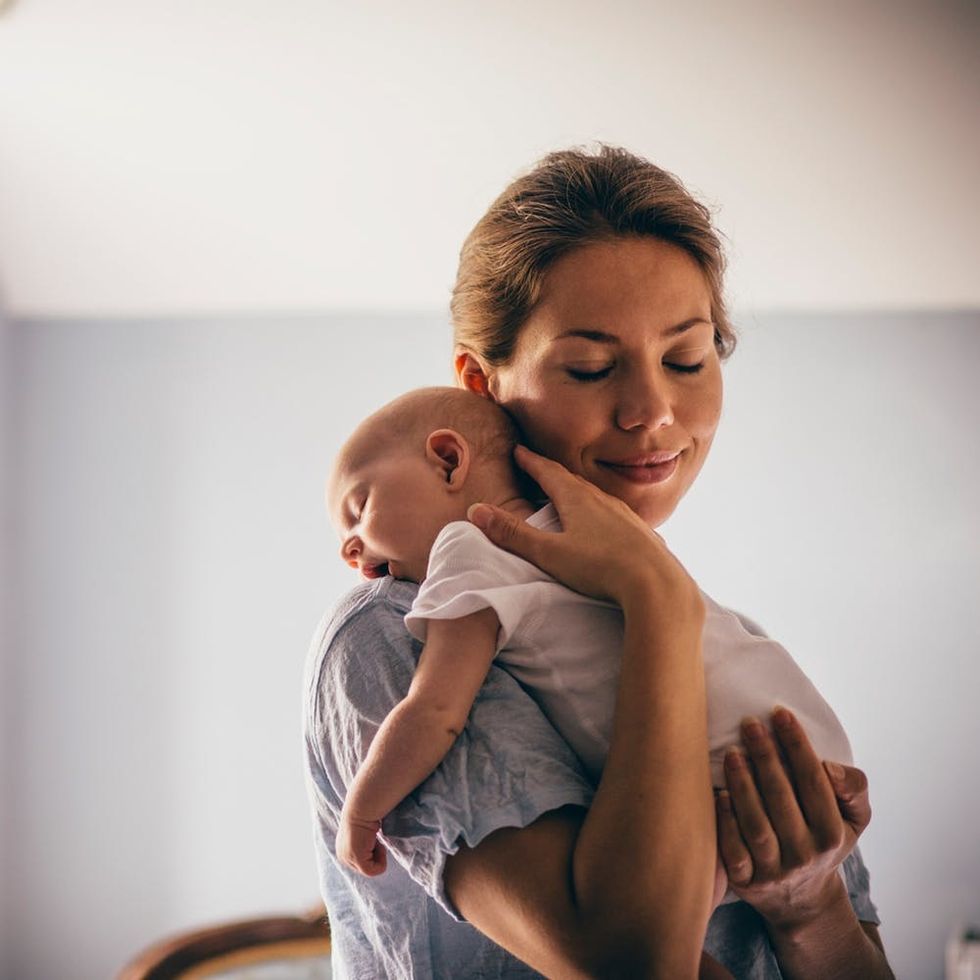 When I became pregnant with my first son, there was no question that I wanted to hire a doula. Though I knew little about pregnancy or childbirth, what I did know (shout out to Ricki Lake documentaries) was that having an advocate in the delivery room meant I would be less likely to face a cascade of interventions, which studies show contribute to higher risks for both mother and baby. So with equal thanks to my own hyper-vigilance and my privilege as a white, middle-class woman, I was lucky to be cushioned on all sides by preventative factors for both mental and physical health issues throughout pregnancy, birth, and postpartum.

For example, along with my doula and my husband, my midwife and a nurse were present during my entire birth, which is known to increase positive outcomes for babies and moms. I also had several weeks of help at home with my newborn after he arrived, and my insurance covered as many postpartum visits to my midwife as I needed, along with a home visit for me and the baby two days after I left the hospital. As I became a mother for the first time, I felt empowered, safe, and, honestly, even pampered. But not every mom is so privileged.

For women who don’t have the built-in support system I did, becoming a mother can be high stakes, in spite of (and sometimes because of) the advanced technology we’re privy to here in the States — with 26.4 deaths per 100,000 live births, the US has the worst maternal mortality rate of any developed country. Though several factors contribute to these dispiriting numbers, researchers chalk the spike in maternal deaths up to a broader problem with the care women receive (or don’t receive) during and post-birth.

Before we mend the areas of medicine failing American women and their families, we need to understand exactly what’s broken. Last year, NPR partnered with ProPublica for a six-month investigation on maternal mortality to do just that. Their work surfaced some of the harrowing systemic issues riddling American healthcare when it comes to maternal health and safety. From the lack of appropriate training and erratic practices in US hospitals for dealing with maternal emergencies to the puny percentage of federal and state funding allocated to maternal health, NPR’s investigation found perinatal and postpartum units are often “woefully unprepared” to care for new mothers. Simply put, a lack of attention on moms is costing them their lives.

So what’s the solution? If attention and advocacy during birth are what new moms need, then maybe more moms need doulas.

Numerous studies show that the presence of a doula, a woman who provides ongoing emotional and physical support for mothers during pregnancy, birth, and immediately after delivery, often leads to safer births. According to one study, a doula’s support significantly decreases the chance of risky interventions and C-section deliveries, ultimately resulting in fewer birth complications. Yet another study suggests that doulas also reduce preterm births, and routine use of doulas could save Medicaid and other insurers nearly $1,000 per birth.

Still, a large-scale shift in medical philosophy toward routine and funded doula use seems unlikely as we all find our footing amidst some major (read: disheartening) changes in healthcare. So in the meantime, nonprofit and community organizations like the YWCA in Greensboro, NC have taken matters into their own hands, hopeful to improve outcomes for women and babies at the grassroots level through providing birth education, wellness programs, ongoing support, and doulas for women who otherwise wouldn’t have the opportunity.

And they’re seeing results. In 2008, the Greensboro YWCA started its “Healthy Moms, Healthy Babies” program with the intention to help at-risk young women have healthy pregnancies and, as a result, healthy babies. In one study done on the program, “doula-assisted mothers were four times less likely to have a low birth weight baby, two times less likely to experience a birth complication involving themselves or their baby, and significantly more likely to initiate breastfeeding.” Especially beneficial, according to the study, was the individual attention offered by doulas. While labor and delivery nurses often deal with a number of patients at once — which could increase the risk to women — doulas give individual support through the entire process.

In my experience, having a doula was like having a second set of eyes. During labor, when I demanded the epidural I swore I didn’t want in my birth plan, my doula reminded me of the risks of anesthesia so I could make an informed decision. While my midwife was busy frantically stitching me up post-labor (I both tore and hemorrhaged fairly significantly), I looked to my doula to help me understand what was happening. When I was in a sleepless, hormonal postpartum haze — a time that poses significant mental health risks for many moms — my doula (whom I hired for postpartum help) made sure I was eating well, resting, and most importantly, knew the signs of postpartum depression. My experience becoming a mother wasn’t perfect, but because I could afford a doula, it was primarily uneventful.

While a government-funded doula program may be a far-off dream, the issue of maternal mortality presents an opportunity for healthcare providers to raise the bar on how they care for women during the critical, vulnerable times of delivery and postpartum — to start paying attention. Yes: Becoming a mother is intense, emotional, and sometimes (okay, a lot of the time) downright painful. But no matter a woman’s level of privilege, it shouldn’t have to be high stakes.

Have you hired a doula? Tell us about your experience @BritandCo.

From Your Site Articles
Ashley Abramson
Ashley Abramson is a writer/mom hybrid from Minneapolis, MN. Find her online at ashleyabramson.com or on Twitter @ashleyabrmsn.
Pregnancy
Womens Health

How To Make Celebrity Crush Cookies For Valentine’s Day

Dreaming About An Ex? Here's What Your Romantic Dreams Really Mean