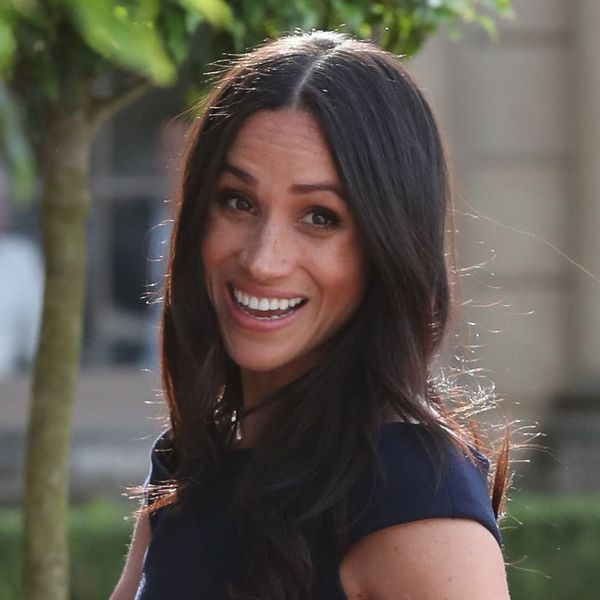 It’s the eve of Meghan Markle’s wedding, and with just hours to go until she marries Prince Harry, the bride-to-be has arrived at the Cliveden House Hotel with her mother, Doria Ragland.

Kensington Palace shared a video of the arrival via Twitter. In the short clip, Markle and her mother emerge from a car to be greeted by two men at the hotel. Both ladies give a quick wave to the waiting photographers before being escorted inside.

Ragland was seen leaving her LA home on May 15 to make her way to the UK, where she was expected to spend the days before the wedding helping her daughter and meeting members of the royal family, including Prince Charles and Queen Elizabeth II.

The Cliveden House Hotel, where Markle and her mother are staying, is situated in the village of Taplow, which is about 30 minutes from Windsor. According to the hotel’s website, Cliveden House was “built in 1666 by the 2nd Duke of Buckingham, as a gift to his mistress,” and is set on 376 acres of National Trust grounds. The interior is filled with “antique furniture and period features.”

Prince Harry is spending the night before the wedding at the Coworth Park Hotel, which is about 20 minutes from Windsor. Earlier on Friday, the princes stepped out to greet the public at Windsor Castle, where the wedding will take place on Saturday, May 19, at noon local time, which is 7am ET and 4am PT.

Where did you stay the night before your wedding? Let us know @BritandCo!