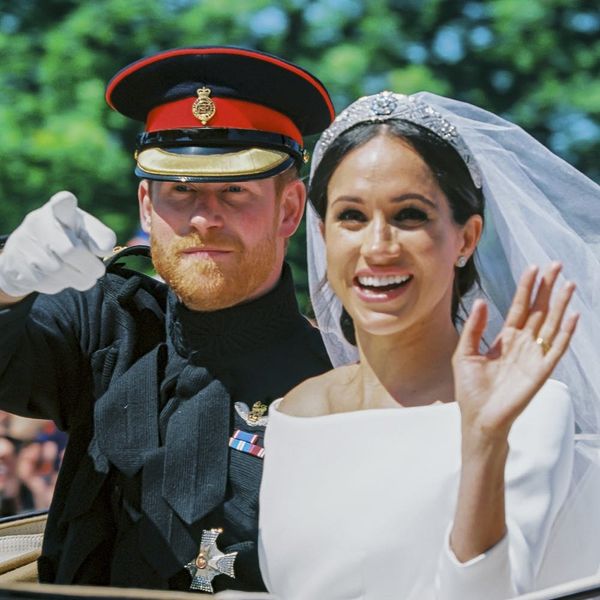 Meghan Markle may not have had traditional bridesmaids, with Princess Charlotte fulfilling the royal duties alongside Prince Harry’s god-daughters Florence van Cutsem and Zalie Warren, Markle’s god-daughters, Remi and Rylan Litt, and her friends’ daughter, Ivy Mulroney, but her grown-up friends were still there to support her. As a token of her appreciation, Markle commissioned a special gift for six of her besties — and we know where to get it.

Zofia Day founder and owner Lisette Polny confirmed to People that the Duchess of Sussex had the company make a commemorative 14K gold disc bracelet, aptly dubbed The Kensington ($450), in honor of her big day.

According to Polny, the newlywed even approved the customizable design. “It was a really simple piece that’s just very true to her personal style,” she told the outlet.

Benita Litt and Jessica Mulroney were among the bracelet’s recipients, as was sister-in-law Kate Middleton.

“It’s an overwhelming honor to be part of history and for my pieces to be given as a keepsake for this momentous occasion,” Polny said.

Markle, for her part, has been spotted in the designer’s wares on numerous occasions: She wore the brand’s Bar Stack Ring ($715 and single wishbone-shaped stud ($575) back in mid-January.

What do you think of Meghan’s gift? Let us know over @BritandCo.

Nicole Briese
Nicole is the weekend editor for Brit + Co who loves bringing you all the latest buzz. When she's not busy typing away into the wee hours, you can usually find her canoodling with her fur babies, rooting around in a bookstore, or rocking out at a concert of some sort (Guns N' Roses forever!). Check out all her latest musings and past work at nicolebjean.com.
Bracelets
Wedding Style
Bracelets Celebrities Celebrity Wedding Gifts Jewelry Royal Family Royal Wedding Weddings
More From Wedding Style