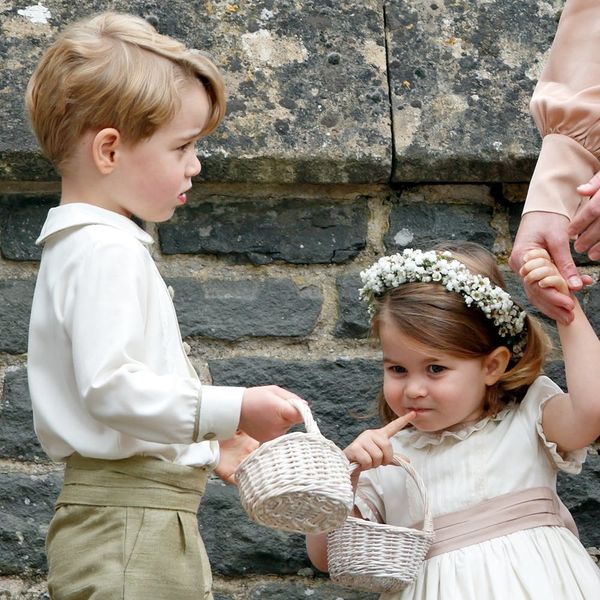 With just days to go before Prince Harry and Meghan Markle say “I do,” the couple have revealed the roster of young bridesmaids and pageboys who will join them in the royal wedding on May 19.

Kensington Palace announced all 10 bridal attendants on Wednesday. As previously suspected, both Prince George, 4, and Princess Charlotte, 3, will be taking part as a page boy and bridesmaid, respectively, reprising their (adorable) roles from Pippa Middleton’s wedding last summer.

Joining Prince George in his role as a page boy are Prince Harry’s godson Jasper Dyer, 6, and Brian and John Mulroney, 7, the twin sons of Jessica and Ben Mulroney. Per the Palace, details on their wardrobe will be released on the wedding day.

Kensington Palace previously revealed that while Prince William will be joining Harry as his best man, Markle had opted not to choose a maid of honor — for a pretty relatable reason. “She has a very close-knit circle of friends and she didn’t want to choose one over another,” a palace spokesman told People last week. “All have been actively involved in helping her prepare for the day and will be there in the days beforehand. She’s very happy to have their support.”

Prince Harry and Meghan Markle’s wedding will take place on Saturday, May 19, at noon UK time, which is 7am ET and 4am PT. There are plenty of ways to watch at home to make sure you don’t miss out.

What do you think of Harry and Meghan’s bridal party choices? Let us know @BritandCo!