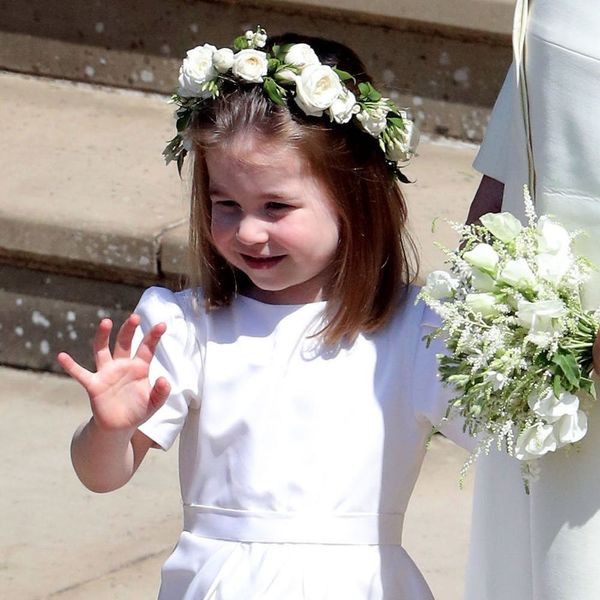 Poshest wedding party ever? In keeping with royal tradition, Meghan Markle and Prince Harry chose to use page boys and bridesmaids from the next generation, opting for a group of adorable children to accompany them down the aisle at St. George’s Chapel on Saturday, May 19.

Prince George, meanwhile, was one of four page boys, along with Prince Harry’s godson Jasper Dyer, 6, and Brian and John Mulroney, 7, the twin sons of Jessica and Ben Mulroney.

The Mulroney twins had one of the biggest roles of the whole wedding: The boys rode up to the chapel with the bride and held onto her train as she walked up the steps to the church to meet her groom.

Once beside Prince Harry, Markle — now the Duchess of Sussex — watched the page boys and bridesmaids head down the aisle behind her, eventually handing off her bouquet to one of the girls before the kids were ushered off to the side.

Like Markle herself, the bridesmaids wore dresses designed by Givenchy artistic director Clare Waight Keller. According to the royal family’s official website, the high-waisted ivory silk radzimir frocks were meant to “have the same timeless purity” as the bride’s dress. The girls also received custom leather shoes monogrammed with their initials and the date as a keepsake from the bride.

The page boys took their style cues from the groom, wearing miniature versions of the Blues and Royals frockcoats worn by Prince Harry and Prince William.

What’s the fanciest wedding you’ve ever attended? Tell us about it @BritandCo!