Melania Trump Is Not Okay With Donald Trump’s Lewd Comments 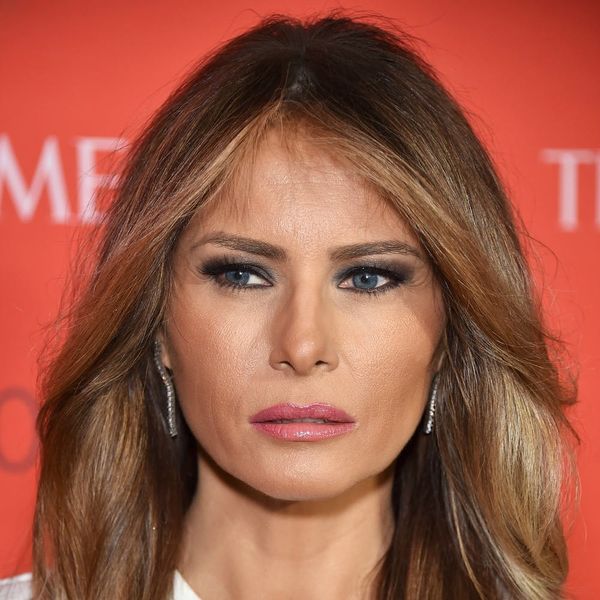 While plenty of celebs (including the directly wronged Nancy O’Dell) have come forward to offer their opinion on the Donald Trump video scandal, there’s one woman in particular we’ve been waiting to hear from regarding the politico’s vulgar comments regarding the female sex: Donald Trump’s wife, Melania.

Melania has been nothing if not supportive throughout his entire campaign thus far, but this is one comment even she can’t condone — though that doesn’t mean she’ll be abandoning him in his dark hour.

Releasing an official statement online, Melania says the following: “The words my husband used are unacceptable and offensive to me. This does not represent the man that I know. He has the mind and heart of a leader. I hope people will accept his apology, as I have, and focus on the important issues facing our nation and world.”

And there you have it, folks. She isn’t backing the Donald on this one by any means, but she also isn’t raking him over the coals for it — at least not publicly. Considering the fact that she was reportedly pregnant with their child at the time the comments in question were made, we can only imagine the conversations they might be having behind closed doors, but for now, they remain a (semi)-united front.

What do you think about Melania’s statement? Share over @BritandCo.

Nicole Briese
Nicole is the weekend editor for Brit + Co who loves bringing you all the latest buzz. When she's not busy typing away into the wee hours, you can usually find her canoodling with her fur babies, rooting around in a bookstore, or rocking out at a concert of some sort (Guns N' Roses forever!). Check out all her latest musings and past work at nicolebjean.com.
Celebrity Couples
Politics
Celebrity Couples Controversy marriage Politics