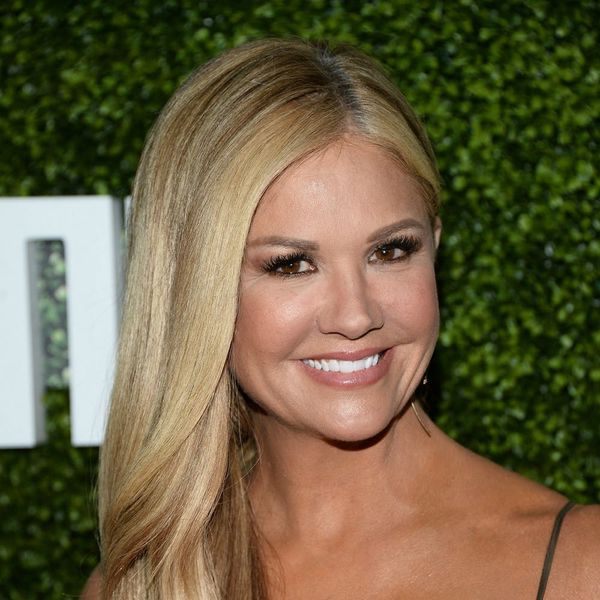 Donald Trump, who has sparked debates on everything from immigration to his makeup this year, managed to shock the world yet again yesterday, when a 2005 video was released by The Washington Post which featured him bragging about using his star power to sexually assault women.

Aside from Melania Trump, who has issued her own statement on the matter (she does NOT condone her husband’s comments), no woman has been more affected by his lewd statements than the woman that inspired them: former Access Hollywood co-host (now of Entertainment Tonight) Nancy O’Dell.

While puh-lenty of celebs have stepped out to speak their piece about the news, some in a rather explosive fashion (we’re looking at you, Robert DeNiro), Nancy has remained relatively mum.

Now, Vanity Fair is reporting that she has spoken out with an official statement, and this is what she had to say.

“Politics aside, I’m saddened that these comments still exist in our society at all. When I heard the comments yesterday, it was disappointing to hear such objectification of women. The conversation needs to change, because no female, no person should be the subject of such crass comments, whether or not the cameras are rolling. Everyone deserves respect no matter the setting or gender. As a woman who has worked very hard to establish her career, and as a mom, I feel I must speak out with the hope that as a society, we will always strive to be better.”

While we think that’s probably about as classily as she could have handled the sitch, given the nature of the Donald’s remarks, we kindaaaa’ wish she would have taken a more direct stance, á la Sophia Bush, who recently told a male harasser OFF after making her uncomfortable on a plane.

Even so, we’re glad she’s made her voice heard, and can only hope that Trump is listening.

Do you think Nancy made a strong enough statement? Share @BritandCo.