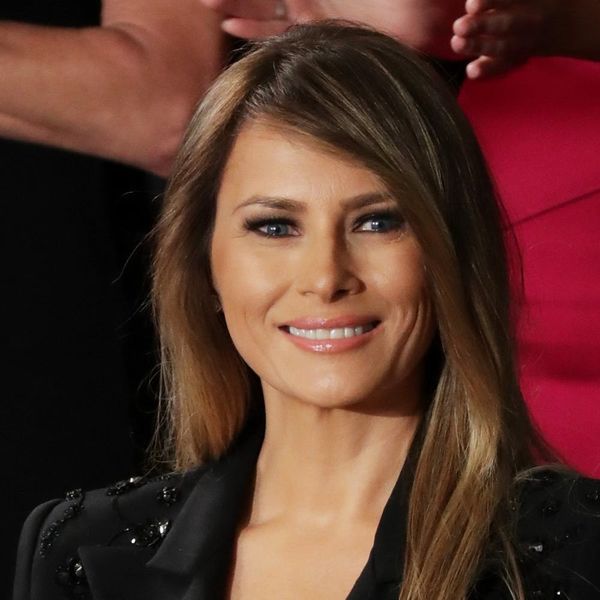 Melania Trump had people buzzing earlier this week when she stepped out for President Trump’s joint address. Donning a $10,000 Michael Kors suit with a wide belt, the look instantly had people gabbing about whether or not the designer, a staunch Hillary Clinton supporter, had actually dressed Trump for the affair, or if she’d simply worn the garment off the rack.

It’s not exactly a secret that dressing Trump has become a bit of a taboo within the fashion community. Some, including French designer Sophie Theallet, who’s leading the charge, Tom Ford, Marc Jacobs, and Humberto Leon, are outright refusing to dress the First Lady, while others, such as Carolina Herrera, Diane von Furstenberg, Tommy Hilfiger, Ralph Lauren, and Dolce and Gabbana have no such qualms.

The American designer in question, however, had given no statement on the matter one way or another (though the brand did not repost photos of Trump in his design on their social media pages)… until now.

In a statement to The New York Times, Kors said, “Mrs. Trump has been a longtime client at our New York boutique. She has a keen understanding of what works best for her and her lifestyle. My embroidered black suit reflects the streamlined glamour she is known for.” The statement is simultaneously deliberate and flattering: While complimenting the First Lady’s style, the designer made it clear that he had no involvement in dressing her for her most recent public outing, stating instead that she is a long time patron of his boutique (translation: She bought it off the rack.)

Whether he felt the need to speak out on the matter to give credit where credit was due or simply to avoid any potential backlash that might befall his brand should he remain silent, we may never know, but the mystery, at least, has been solved.

What do you think of the Michael Kors’ statement? Share with us @BritandCo.

Nicole Briese
Nicole is the weekend editor for Brit + Co who loves bringing you all the latest buzz. When she's not busy typing away into the wee hours, you can usually find her canoodling with her fur babies, rooting around in a bookstore, or rocking out at a concert of some sort (Guns N' Roses forever!). Check out all her latest musings and past work at nicolebjean.com.
Celebrity Style
Celeb Style
Celebrity Style Controversy Politics