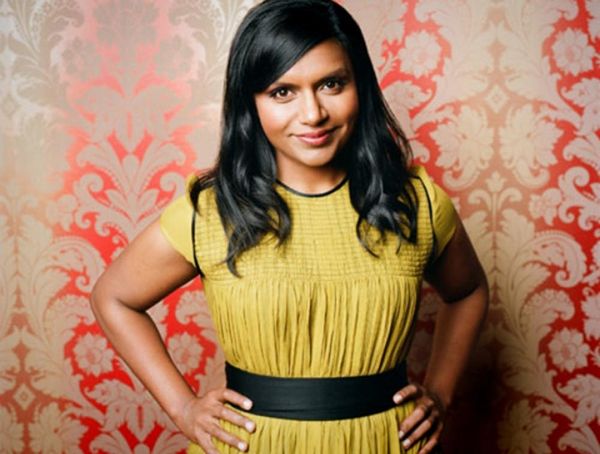 What do Lena Dunham, Amy Poehler and Mindy Kaling have in common? They’re all writing books that we want to read. Right. Now. FINE, we’ll wait patiently for the first chapter or a carefully selected excerpt of each to appear online or in a magazine somewhere, but in the meantime, we’re really excited to get a sneak peek (straight from the star herself!) and preview what Mindy Kaling‘s next bestseller is all about.

Mindy’s first pageturner Is Everyone Hanging Out Without Me? took us through her life, made hilarious observations about the world as she knows it and read like a memoir filled with literal laughs out loud and relatable tales. And tales you wanted to be relatable because, basically, you are very interested in living a similarly awesome life to the actor-writer-producer-author-superstar.

In an interview with the Los Angeles Times, Mindy revealed that Book #2 is titled Why Not Me?, which she reveals “has kind of been my subconscious motto my whole life.” It will be a collection of personal essays that covers all of the new, thrilling, heartbreaking, scary, wonderful developments in her life since the release of her premiere book back in 2011.

“So much has happened between the time I published my first book and now,” the Mindy Project star tells the Times. “The show, my mother passed away, so many of my friends have gotten married. I’m a godmother now, and a homeowner. There’s so much that has happened in that period of time that I wanted to write another book.” And we want to read that book.

As a way to answer the zillion or two questions that she regularly gets asked, Mindy says she’ll also use her next literary venture to share what life in the writers’ room is like, discuss race on the show and talk about the body image concerns and outcry that came from her closely-cropped Elle cover. “I can actually finally say, in the most eloquent way, what my feelings were about it,” she says to which we say: “We are all ears…er, eyes.” We love that she’s telling her story her way — literally. Mindy gives us a whole new kind of upcycling inspiration… anyone else scheming of a new life for those filled-in pages of the ol’ diary/journal?

Will you read Mindy’s next book? What celebrity do you want to write a tell-all?

Lisa Raphael
In her past professional lives, Lisa has served the masses as the Editorial Director at Brit + Co, Bieber Whisperer at J-14, Golden Girls Fan Club Prez at Lifetime and Talk Show Host Understudy to Katie Couric. Now, she's taking on the sports world at The Relish, teaching Hairography 101 in her spare time and will forever be trying to fill the hole Zayn Malik left in her heart.
Books
Home
Books
More From Home