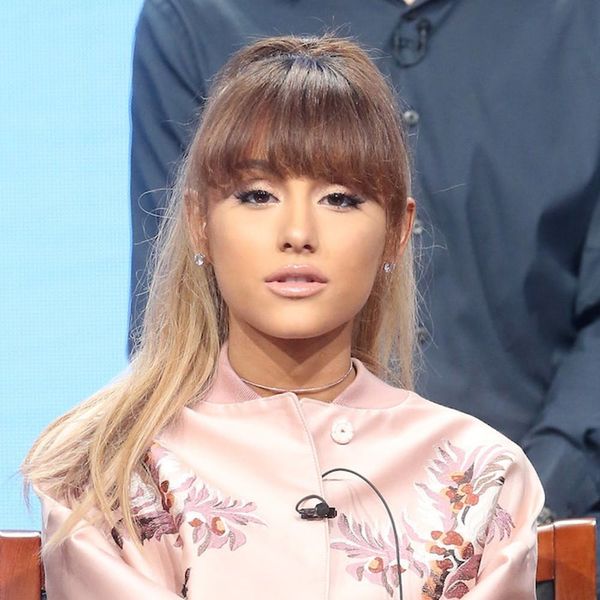 Ariana Grande is back home in Florida and her Dangerous Woman tour is suspended for the time being. Check those and more of this morning’s top news stories out below.

1. Ariana Grande had an emotional reunion with her boyfriend Mac Miller at a Florida airport, returning home after a terrorist attack at her Manchester concert on Monday left 22 people dead and many more injured. Grande has officially suspended her Dangerous Woman tour until after June 5 in order to “further assess the situation and pay our proper respects to those lost.”

I'm (somehow) watching the #dirtydancing remake, but this is all I'm seeing. pic.twitter.com/m6ObPUKDno

2. Dirty Dancing fans completely roasted the remake on Twitter. Expectations were both high and low for ABC’s remake of the iconic ’80s movie, and, well, it mostly delivered on the latter. The reactions were as funny as they were savage, however, with one user tweeting a clip of a much younger Abigail Breslin (who plays Baby in the remake) dancing her heart out in Little Miss Sunshine. “I’m (somehow) watching the #dirtydancing remake, but this is all I’m seeing,” @WhitIsFabulous tweeted, while another user claimed she felt “personally offended and victimized” by the remake. LOL. Sheesh.

3. ALERT: The Game of Thrones season 7 trailer is here! HBO has finally dropped an official look at the upcoming season of Game of Thrones, and with it, the Great War is here. Check out the epic sneak peek above. Season 7 premieres on July 16.

Greg Gianforte just body slammed me and broke my glasses

4. A Republican candidate assaulted a reporter at a campaign event. Montana Republican Greg Gianforte has been charged with misdemeanor assault after he allegedly “body slammed” Guardian reporter Ben Jacobs at a campaign event for the House seat last night. Jacobs was reportedly brushed off after asking the candidate for his opinion on the Republican healthcare bill, but after pressing for an answer, Gianforte got physical. Audio recordings and eyewitness accounts seem to confirm the events. Yikes. (h/t Buzzfeed News)

5. Manchester police have stopped sharing info with the US because of leaks to the media. The BBC is reporting that police investigating the Ariana Grande Manchester concert attack will no longer share findings with the US after the suspect’s name was leaked to the media just hours after the explosion, and photos of debris on the scene appeared in the New York Times. Manchester Police chief constable Ian Hopkins said the leaks caused “much distress for families that are already suffering terribly with their loss.” (h/t BBC; photo via Christopher Furlong/Getty)

6. Quote of the day: “Am I angry? Hell yes. But how will we respond? With everything you think you took from us…love and joy and life!” Ariana Grande’s manager Scooter Braun penned an inspiring string of tweets encouraging people to continue to live their lives even when afraid.

Do tragedies like the Manchester attack change how you live your life? Let us know @BritandCo.