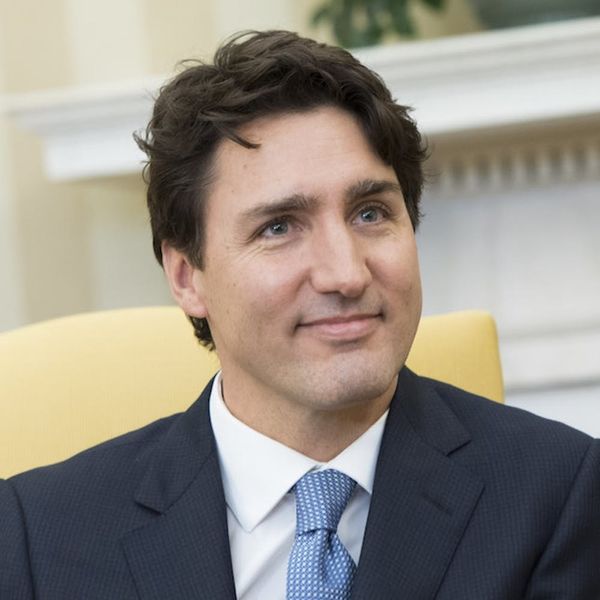 From a timely Broadway show to President Trump’s response to his travel ban block, check out six of the buzziest news stories you might have missed over night.

.@JustinTrudeau saying a few words before #ComeFromAway! We're so thankful to be able to share this story with him and his wife! 🇨🇦 pic.twitter.com/T5it4FdetZ

1. Canadian PM Trudeau has been working productively with US President Donald Trump and his administration, even if he doesn’t always agree with his policies. While Ivanka Trump holds no official position in the White House, she joined Trudeau and many members of the Consulate General of Canada in New York last night at a Broadway showing of Come from Away, a Canadian musical about the small town in Newfoundland that took care of stranded airline passengers after the September 11, 2001 terrorist attacks grounded thousands of flights. Before the show, Trudeau shared a few words with the crowd, saying that in the show, “The world gets to see what it is to lean on each other and be there for each other.” (h/t New York Times)

2. Meanwhile, in Nashville, President Trump slammed the block of his new travel ban. A day before the president’s revised executive order was set to take effect, a federal judge in Hawaii issued a nationwide restraining order on it, and while he at this time hasn’t tweeted about it, the president told supporters at a rally in Nashville that he would fight the “terrible ruling.” President Trump suggested that his administration wanted to go back to the original, even more restrictive ruling, and that the federal judge who blocked the ban was just trying to make his administration look weak. (h/t Time, photo via Andrea Morales/Getty)

3.Is Gwyneth Paltrow about to marry her BF? Looks like the previous Christmas engagement rumors around Paltrow and BF Brad Falchuk are back! A source tells Us Weekly that Paltrow does plan on marrying the American Horror Story writer and producer — and that it could happen soon. Fear not: We’ll keep watch for any new Goop-approved ring-finger glitz.

4. Rachel Maddow’s girlfriend got her the cutest gift for getting Trump’s tax returns. Even if Maddow’s tax return bombshell wasn’t quite as juicy as people were expecting, that doesn’t mean getting a big journalistic scoop isn’t worth celebrating. Maddow appeared on The Tonight Show Starring Jimmy Fallon to talk about the tax returns, and showed off her new sleek gray Adidas Stan Smiths, a gift from her girlfriend Susan Mikula. “She said, ‘These are your you-got-the-president’s-tax returns-sneakers,’” Maddow said, adding, “This is now a bounty for whoever gets the rest of them, I will now give you these shoes.”

Master of None Season 2 premieres May 12th on Netflix. pic.twitter.com/nqqogKPnrm

5. The Master of None season two teaser is SO Aziz Ansari. It’s simple and silly, and we know season two is gonna be so good. Ansari tweeted the tiny teaser out with a premiere date — May 12 on Netflix. We can’t wait!

6. Quote of the day: “It wasn’t about any change in my outward appearance; it was about seeing and feeling myself get better and stronger. It carried over into other areas of my life, and now I truly feel that exercise — however you like to work out — is good for the soul.” Ellie Goulding reveals how discovering boxing and kickboxing helped her deal with anxiety and panic attacks.

Does exercise help you manage your stress? Let us know @BritandCo.