Aww: Gwyneth Paltrow Shared an Adorable Couple’s Selfie That Will Give You All the Feels 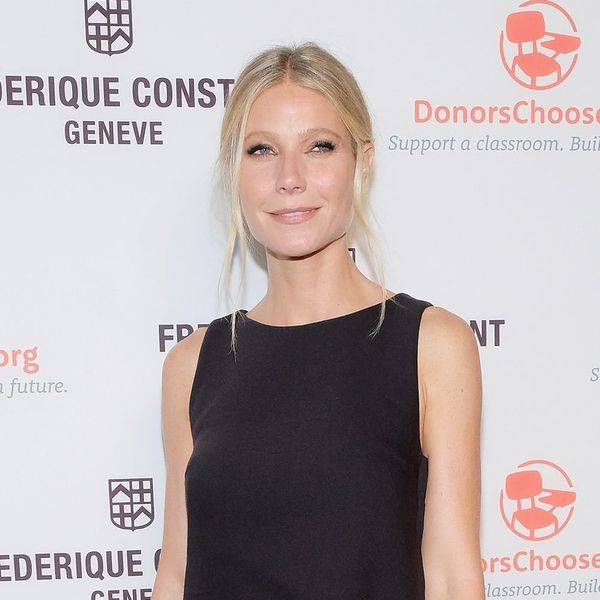 There are some celebs who let it ALL hang out when it comes to their relationships (we’re looking at you, Chrissy Teigen and John Legend), and others… well, not so much. Take Emma Watson, for instance, who recently admitted that she NEVER talks about her boyfriend so that he won’t feel like he’s part of an act.

Since divorcing from husband and Coldplay frontman Chris Martin back in 2014, Gwyneth Paltrow has fallen into the latter camp: Girl will tell you all about her morning smoothie or how to use a jade egg for your hoo-ha, but when it comes to her relationship with boyfriend Brad Falchuk (who sparked engagement rumors this past holiday), she keeps things pretty under wraps.

Though the two have more or less been dating since her split from Martin, we don’t see a whole lot of Falchuk on Paltrow’s social media pages. That’s why fans were SO excited when Paltrow pulled a Justin Theroux, who recently shared a sweet selfie with Jennifer Aniston for her birthday, and did the same with her man.

“Happy birthday, handsome,” she captioned the adorable shot of herself smiling alongside the birthday boy.

As an eagle eye fan pointed out, Falchuk’s birthday coincidentally comes just one day before her ex, Chris Martin’s (today) — guess our girl likes her some Pisces men!

Happy birthday, Brad — we hope Gwyn made it fabulous.

Tag us in your best couple’s selfie over @BritandCo.

Nicole Briese
Nicole is the weekend editor for Brit + Co who loves bringing you all the latest buzz. When she's not busy typing away into the wee hours, you can usually find her canoodling with her fur babies, rooting around in a bookstore, or rocking out at a concert of some sort (Guns N' Roses forever!). Check out all her latest musings and past work at nicolebjean.com.
Celebrity Couples
Celebrity News
Celebrity Couples Gwyneth Paltrow love Selfie
More From Celebrity News