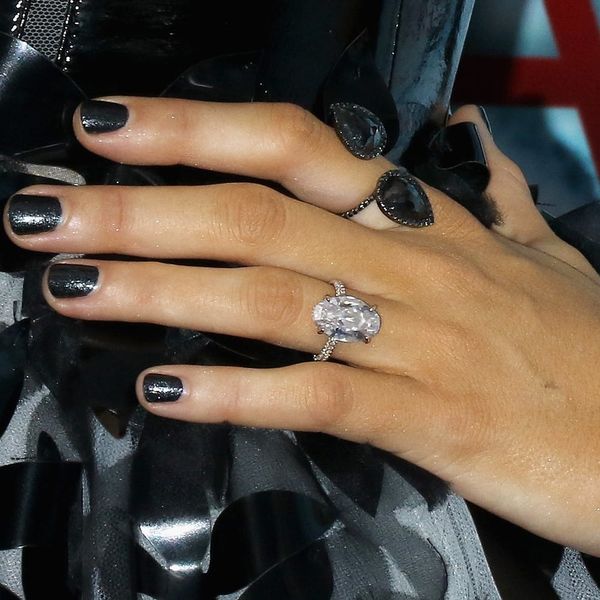 What’s not to love about beautiful and extravagant celebrity engagement rings? The shiny stunners are not only fun to look at, but they also give us plenty of inspo for our ownengagement rings, no matter what our relationship status is. One jewelry company just revealed which celeb has the most sought-after rock, according to the styles that most brides-to-be are requesting. The answer might surprise you… hint: It’s NOT Meghan Markle’s!

According to Ji Song, the co-founder of custom jewelry company Engage Studio, future brides these days are dreaming of Blake Lively’s beautiful bauble. Song told PopSugar that lately, customers have been requesting lookalike versions of her 12-carat oval-shaped ring, designed by Lorraine Schwartz and gifted to her, obviously, by her husband Ryan Reynolds when they got engaged in 2012.

“I think [people like Lively’s] because it has a lot of intricate details,” Song notes. “Frankly, for a lot of celebrity rings, I think of [them] as feats of architecture because they’re just massive.”

Of course, the mom-of-two’s ring is breathtaking, including its trendy rose gold accents. Apparently, the Rhythm Section actress loves her ring just as much as we do. In 2015, she told British Vogue, “My most treasured possession is my engagement ring, made by my dear friend Lorraine Schwartz, because of the love and meaning it symbolizes.”

But did she help Reynolds design it? Nope, she explained. “No, I didn’t have any hand in its design — I married a gentleman.”

Do you love Blake’s massive bling? Tell us @BritandCo!

Arielle Tschinkel
Arielle Tschinkel is a pop culture junkie who went to NYU because the Olsen twins went to NYU (really). She is a freelance writer whose work has also been featured on HelloGiggles, Refinery29, SheKnows, Bustle, Hollywood.com, and many others; and she's living her dream one Britney Spears GIF at a time. Follow her on Twitter @mrstschinkel or visit her website at arielletschinkel.com.
Celebrity Engagement
Wedding Style
Celebrity Engagement Celebrity Style Celebrity Wedding Engagement Rings Jewelry
More From Wedding Style