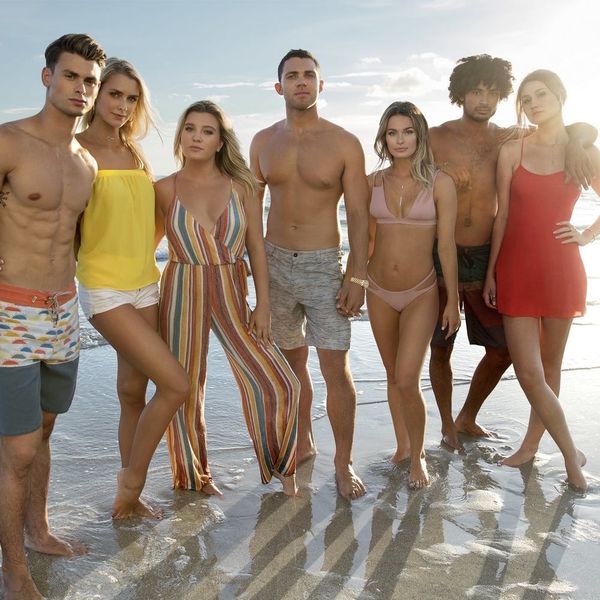 It’s no secret that we miss Laguna Beach and The Hills. Years later, we’re still following the stars’ every move — working on our needlepoint after Lauren Conrad’s adorable baby announcement, paying close attention to all of Kristin Cavallari’s motherhood tips, learning everything we can about baby Speidi-to-be during Heidi Pratt’s pregnancy podcast, and definitely modeling our next summer BBQ after Whitney Port’s baby shower. So please join in our excitement now that MTV has dropped the first trailer for their upcoming show Siesta Key.

Siesta Key will follow seven friends, Alex, Brandon, Chloe, Garrett, Juliette, Kelsey, and Madisson, who reunite in their small-but-stunning Florida hometown — named the best beach in America by Dr. Beach — post-college. Just like on The Hills and Laguna Beach, everyone is attractive and we’re guaranteed to see “issues of love, heartbreak, betrayal, class, and looming adulthood.”

Along with swimming, close dancing, and adrenaline-inducing water sports in the newly released trailer, we see Chloe declaring, “Summer in Siesta Key is like no other, trust me.” Meanwhile, Alex bashfully serves us our first piece of summer gossip: He’s going out with Juliette.

But the real dish is in the cast bios. Alex, the “King of Siesta Key,” had a fling with Juliette last summer before things went south. We sense potential for a love triangle here, since Madisson and Alex are high school sweethearts “who haven’t totally moved on.”

Need more drama waiting to happen? Former international model and local new girl Kelsey has a thing with Garrett (for now, at least), while Chloe is the “most likely to be your best friend, and your worst enemy.”

How do you think Siesta Key will stack up to Laguna Beach and The Hills? Tell us @BritandCo!