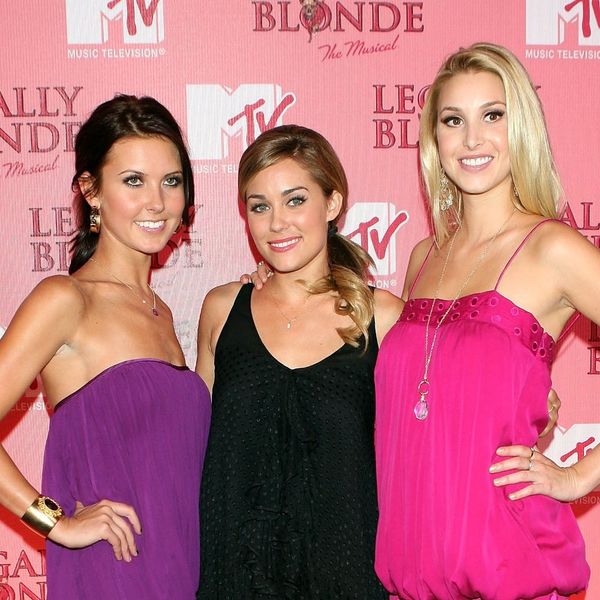 The Hills: That Was Then, This Is Now was an apt name for the 10th anniversary special of The Hills, considering how much has changed for everyone who was on the show since it wrapped. With news buzzing that a potential Hills movie could be in the works, fans were super interested to see what Lauren Conrad had to say about that moment in time now that a decade has passed. Whether you were able to catch the whole shebang or missed out entirely (boo!), we have everything you need to know about The Hills 10th anniversary special.

The Hills revisited the Laguna Beach spawn that featured California-livin’ 20-somethings who had more drama in their young lives than most of us will (hopefully) ever see in our entire lifetimes. It ran from 2006 until 2010, and was a total IRL soap opera on the screen.

10 years later, it was time to head back. With the show’s star, Lauren Conrad, proclaiming before the special aired that it would “address some of the show’s best-kept secrets and reveal what it was really like living her pivotal years on camera,” there was certainly cause for excitement for anyone who watched the original drama-filled episodes.

Here are the goodies you wanted…

First, Lauren revealed that her parents were hip to the drama and that it was her doing. “If you’re gonna do reality television, tell your parents stuff, because they’re going to find out,” she wisely advised. Sounds about right, since no one really wants their parents to discover drama-sparking tidbits about us via television.

And, speaking of drama, it wasn’t scripted — but it was nudged along a bit. Lauren explained, “Typically, if you have a fight with your friend, you don’t pick up your phone for a few weeks. But when you have a scene scheduled with them two days later, you have to talk about it.” And talk about it, they sure did, with the peeps behind the scenes having a “creepy” ability to know what the outcome would be. Conrad remembered times when finding out what producers expected to happen in each scene. “Wait, this was written before we got there?” Conrad apparently asked talent producer Sophia Rossi when a scene had unfolded just as foreseen. “This is creepy that you wrote ‘This is how we think your night’s going to be.’” Creepy and impressive.

What wasn’t so impressive was Lauren’s relationship with Brody Jenner. Things weren’t exactly, um, sizzling between them… at all. “I definitely had a crush on Brody,” Lauren admitted. “But the funny thing was we had zero chemistry. He was my friend; I enjoyed spending time with him, but it just felt forced.” Oof.

That chemistry (or lack-of) might have been more prevalent if social media had been as buzzing as it is today, though Lauren is thankful that she was saved from the current online world. “Thank God that back then it was just personal encounters in the comments section,” she said, then added, “This was before anyone had social media. There was no Twitter, there was no Instagram, there was no ‘everybody’s got an opinion and wants you to hear it.’ It was just a very small thing. And even that was a lot. So we couldn’t do it now.”

Even if social media was as big back then as it is now, there’s one person who would probably remain immune. That’s the same person who has NEVER seen an episode of The Hills: William Tell, Lauren’s husband. Even when Lauren tried to introduce him to the show he “was like ‘nope’ and just changed the channel, like ‘Don’t want to know that you!’” Veeery interesting.

Though her hubby may not be interested in the Lauren of the past, she herself would do it all over again, if she was given the choice. “It brought so much good into my life. While it was hard at times, it brought me to a place where I’m really happy and get to do what I love, and I feel really lucky.”

Not everyone was feeling the love, though. Heidi Montag live-blogged while watching the special and, according to Complex, noted, “Lauren is narrating all our lives again. Surprise! It’s all about Lauren. Blogs have advertised the show as a ‘reunion,’ but it’s really an LC special.”

What did you think about The Hills Anniversary special? Tweet us @BritandCo!