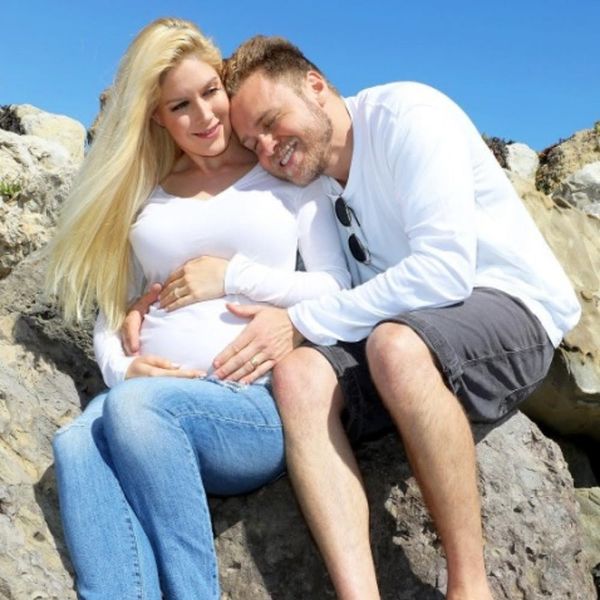 The big day is getting closer and closer for Heidi Montag and Spencer Pratt, who recently announced that they’re expecting their first baby. And while the soon-to-be mama has been busy prepping — even asking for baby name advice from friend Kristin Cavallari — she just received some very exciting news: the sex of their unborn baby.

The expectant parents made the big announcement via Us Weekly’s May 22 issue, revealing that when Montag, who is 17 weeks along, received the call from the doctor’s office giving them the news, she “started screaming.”

“It was in my heart to have a boy,” the 30-year-old admitted, and it seems she got her wish. “I thought Spencer really used to want a boy, and then a few months ago we had a conversation where he said, ‘Let’s just make sure it’s healthy. Boy or girl, I don’t care.’”

“I hope to have a little girl one day,” she added, “but for my first child, I really wanted a son. I’m hoping to God that we don’t just have one, but if we do, I wanted a son. I thought it’d be a more natural bond for Spencer since he and his dad are so close.”

Exclusive: @spencerpratt and @heidipratt reveal the sex of their baby! Go to usmagazine.com to find out if it's a boy or a girl and how @kristincavallari is helping the couple prepare for parenthood (📷: BACKGRID)

And Pratt apparently agrees, saying he’s “really excited” to have a son. Though it’s the mama-to-be who’s most vocal, explaining that she’s not only anticipating the day when she’s finally she able to see her baby’s “little smile,” she gushed, “I’m excited to take him to Disneyland and to see if he’s into dinosaurs, Mickey Mouse or ballerinas — it can be anything. Maybe he’ll be the best dancer!”

We’ll just have to wait and see, and we’ll also be waiting to see if they hop on the animal name trend.

What do you think about Heidi Montag and Spencer Pratt having a baby boy? Let us know @BritandCo!