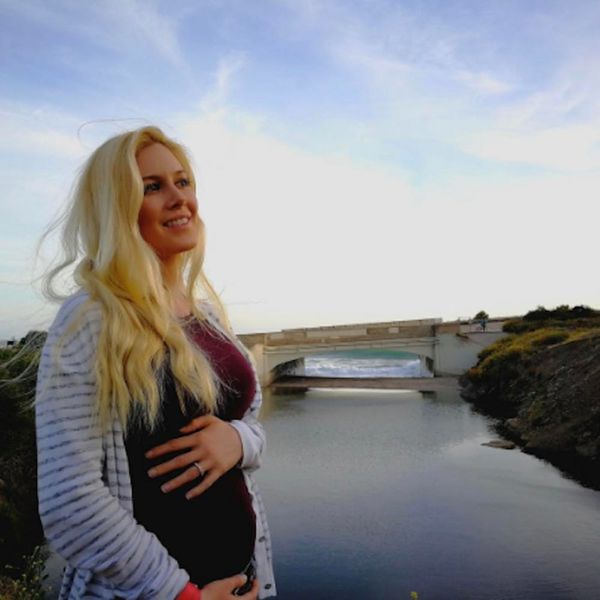 If you haven’t noticed, there’s a The Hills baby boom going on at the moment. First, Lauren Conrad announced that she’d be joining fellow Hills alum Audrina Patridge, who gave birth last summer, and Kristin Cavallari, who has three kids, in momhood. Then, Whitney Port announced she was also expecting. LC’s ex, Jason Wahler, then also announced he and wife Ashley Slack would be first-time parents. And finally, recently, The Hills‘ enduring lovebirds, Spencer Pratt and Heidi Pratt (Montag), announced that it was their turn and they were expecting a baby boy.

Thank you @spencerpratt for the stunning flowers from @passionroses ! Best Mother's Day!!!! 😘🤰🏼💛🌹🌷

Heidi and Spencer had wanted to be parents for a long time; in February, Heidi, in sending her congrats to her former Hills costars on their pregnancies, mentioned that their timing hadn’t been right just yet, but that it was important not to compare her life to others. It’s a sentiment she repeats in her adorable new project — the Prego Pod, or “Momcast,” as she calls it, a podcast in which Heidi shares her stream-of-consciousness learnings, anxieties, and excitements over being a first-time mom.

“I’ve been that person too,” Heidi says in her first episode, explaining that she sympathizes with being jealous of expectant moms and is sensitive to others in that situation currently. “You can’t compare yourselves to other people. I would pray about it, and focus on the good in my life, and try to be where I’m supposed to be.”

Now that Heidi counts herself among the moms-to-be, however, she can’t help but share her dreams and excitement too — from the kind of mom she wants to be (“calm, cool, and loving” — like her mom, she says), to baby name options (they’ve got it narrowed down to three!), to her and Spencer’s birth plan.

But she’s not holding back on the realities of pregnancy either, including her many Google searches on what she should and shouldn’t eat, her doctor visits, and stresses over to epidural or not to epidural.

#happymothersday ! So excited to celebrate my first Mother's Day!🤰🏼 #blessed 🙏🏼 Thank you to all you beautiful amazing moms for your endless love and dedication! 💖 missing my mommy!

Although the podcast is a good outlet for Heidi herself, she’s so conversational, sweet, and genuine, and her “momcast” could no doubt be a source of support and even a calming influence for other first-time moms-to-be — and hopefully a fun parenting podcast in the future. So far there are only two episodes, but check out her Soundcloud for more to come.

Do you listen to any pregnancy or parenting podcasts? Let us know @BritandCo!