15 Modern Prints of the Music Icons You Love 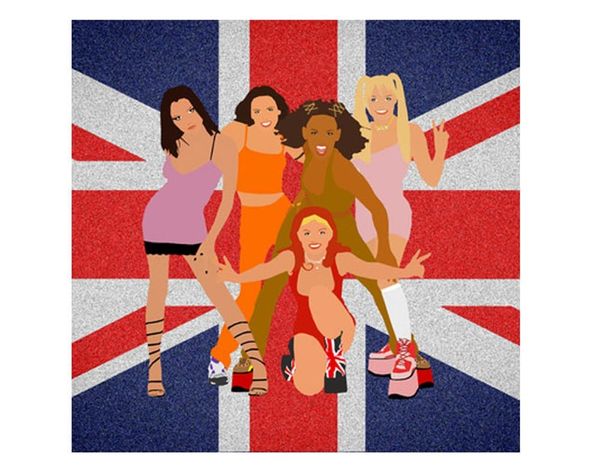 There are two items of pop music memorabilia that every diehard fan has to own: a t-shirt adorned with the likeness of your favorite artist (ahem, make that favorite Grammy Award nominated artist) and a kick-A concert poster. But if you can’t catch a live show of the musicians who make up your most listened to list on iTunes, rest easy knowing that Society6 has your back when it comes to stocking cool prints of the music icons you love. In the spirit of the Grammys, we picked 15 of those prints that celebrate musical superstars young and old—from Arcade Fire to Ziggy Stardust, plus a few ‘90s legends thrown into the mix—all that would look outstanding plastered on the walls of any modern living space.

1. Beyonce ($18): It was only a matter of time until Beyonce’s fierce dance moves were translated into a graphic alphabet. Thanks, Internet!

3. Arcade Fire ($20): Wait, Who is Arcade Fire? You guys, I thought we’ve been over this before—they’re the Grammy Award winning indie rock band lead by husband-wife duo Win Butler and Régine Chassagne (depicted here) who channel all the eccentricities of the Talking Heads into a glittery orchestral sound that’s David Bowie-approved. That’s who Arcade Fire is.

4. David Bowie ($20): Speaking of Bowie, the glam rock legend might be the most successful chameleon around (seriously, next to Tilda Swinton, can you even tell who’s who?) That signature ambiguous look is portrayed here on this color blocked print of his album cover for Low.

5. John and Yoko ($15): John and Yoko were the ultimate power couple, using their influence to promote peace and creativity instead of say, mineral water. You really can’t ask for cooler role models.

6. Mick Jagger ($14): Who would have ever thought that a Maroon 5 song would be as infectious as Mick Jagger’s slithering dance moves? For better or worse, the Rolling Stones front man will go down in history for his famous wiggle.

8. Madonna ($15): Miley has Madge to thank for way more than instigating provocative VMA performances. This print is a cheeky reminder that the Queen of Pop paved the way for female artists to successfully push, and even annihilate boundaries in the biz. Bravo.

9. TL C ($20): If Rachael Ray can bolster EVOO into the Merriam-Webster dictionary, then we’ll sign the online petition to get “scrub” in there as well. Seriously, if Chili, T-Boz, and Left-Eye don’t approve, neither should you. For more in this vein, check out our roundup of ’90s Wall Art.

10. Katy Perry ($14): We have to admit, we picked this Katy Perry print solely on the fact that it didn’t feature the record-smashing pop star wearing candy or cupcakes as a bra. We know that’s her thing and all, but we can better relate with her dorky sense of humor from the ‘90s inspired Friday Night (T.G.I.F) video.

11. Michael Jackson ($16): Those magical moonwalking loafers, the coolest leather jacket ever made, THE SPARKLY GLOVE! Wait, where’s the sparkly glove!?

12. Britney Spears ($20): Who needs self help books when you have Britney Spears? The pop princess has always been good at motivating her fans, whether it’s to get abs flat enough to rock a red pleather body suit or to apply yo’self by baiting them with the exclusive perks of fame.

13. Spice Girls ($15): The Spice Girls were the Bill Nye of pop music, teaching young gals lessons on everything from putting sistas before mistas (Girl Power!) to how to fashionably dress every facet of your personality. We’re the women we are today because of them.

14. Nirvana ($15): We think this Nirvana print is trying to say that Bill Cosby’s sense of style had a big influence over the now iconic grunge look. You learn something new every day.

BONUSJourney ($20): I guess if we really Don’t Stop Believin’, anything can come true. Like a portrait of Steve Perry and a unicorn posing in a holographic haze.

Where do you look for prints, posters, and other memorabilia of your favorite musicians? Are there any amazing ones out there that we missed? Tell us in the comments below.