NASA’s All-Women Spacewalk Was Canceled Because of Science, Not Sexism 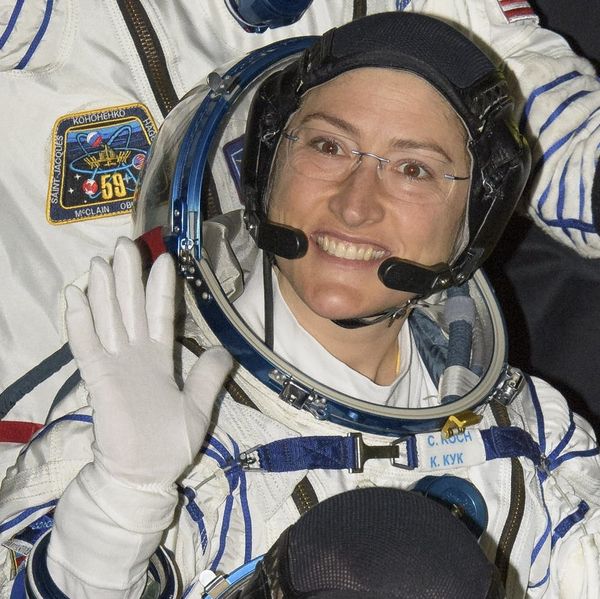 Late Monday, March 25, NASA announced that its first ever all-women spacewalk — which was set to take place on Friday — had to be called off due to a lack of properly-sized spacesuits for the scientists on board the International Space Station.

“After consulting with [astronauts] Anne McClain and Nick Hague following the first spacewalk, mission managers decided to adjust the assignments, due in part to spacesuit availability on the station,” NASA’s press release reads, in part. “McClain learned during her first spacewalk that a medium-size hard upper torso — essentially the shirt of the spacesuit — fits her best. Because only one medium-size torso can be made ready by Friday, March 29, [astronaut] Christina Koch will wear it.”

Spacewalks are a challenge, but the right equipment makes the job easier! Spacesuits are the most important gear. To get the best fit, we've updated the assignments for our March 29 and April 8 spacewalks outside the @Space_Station. Get more details: https://t.co/AoXmgVqKkJ pic.twitter.com/xrCKdMgFXr

The decision was met with disappointment (and anger) on social media, where some users called out the space agency’s failure to have woman-sized uniform components as an example of sexism. But that criticism doesn’t account for the fact that, because space on the ISS is at a premium, it isn’t a given for anyone on board to have access to wardrobe changes in various sizes.

In a 2013 web forum post that asked whether astronauts on the ISS had backup suits, NASA engineer Robert Frost said that while there is space for a total of five backup suits in the craft’s joint airlock, spacesuits are not a part of the space station’s emergency plan. As such, Frost explained, “they do not store one for every astronaut (let alone a backup for each).”

That being said, in this case there actually is a spare size-medium spacesuit on the ISS — but it needs to be configured before it can be worn. Spacesuits are complicated pieces of equipment that need extensive maintenance to keep their wearers safe, and getting the suit ready in time for the March 29 spacewalk was a tall order.

Personnel changes because of suit sizing issues are nothing unusual. Just being in space causes physical changes to the human body that can make it difficult to size astronauts for uniforms in the first place. According to NASA by way of Space.com, the longer we spend away from the gravitational pull of the earth, the greater the odds that we’ll experience changes in physical size, bone density, spatial awareness, and undergo muscle loss, among other shifts. McClain recently tweeted that she had grown two inches in the few months she’s been on the ISS.

“Anne trained in ‘M’ and ‘L’ and thought she could use a large but decided after [last] Friday’s spacewalk a medium fits better,” NASA spokesperson Stephanie Schierholz said Monday, according to The Guardian. “In this case, it’s easier (and faster!) to change space-walkers than reconfigure the spacesuit.”

Though she won’t be joining Christina Koch in the March 29 spacewalk, Anna McClain still made history: Her spacewalk last week made her the 13th woman to embark on one in the history of space exploration. McClain’s next spacewalk is rescheduled for April 8 with Canadian astronaut David Saint-Jacques, Canada’s GlobalNewsreports. The pair will be laying out electrical cables to add more power to the Canadian-built Canadarm2 and add infrastructure for greater wireless communications off-earth.

Kat Armstrong
Kat has been a writer, social media maven and mom for longer than she's willing to admit. She's also spent time in front of and behind the camera, interviewing celebs, politicians and acting as a producer for fashion and artistic photography shoots. When she isn't writing for various orgs and publications, she's hanging with her kids, husband and French Bulldog, Peter, in Toronto, Canada.
Controversy
Current Events
Controversy Science
More From Current Events