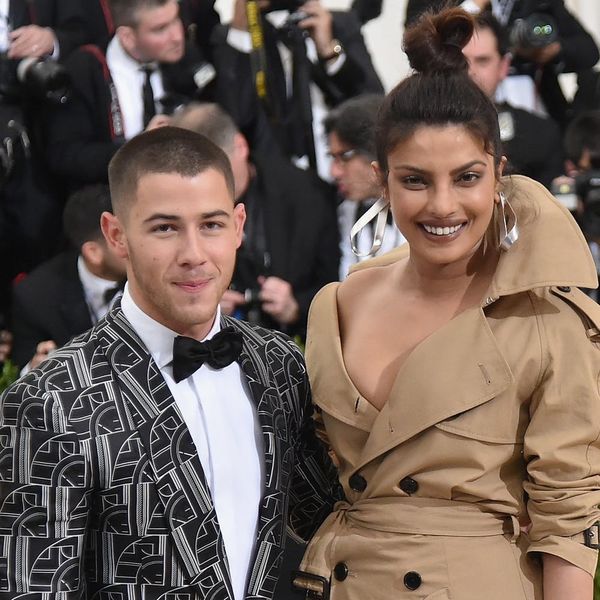 Three weeks after rumors began swirling that Nick Jonas and Priyanka Chopra were engaged and the Quantico star sparked headlines by flashing a massive Tiffany’s diamond ring on her left hand, the pair have confirmed the gossip and let the world know that they are indeed in love and engaged.

The couple took to Instagram to celebrate their engagement with a sweet photo. In the snap, the 36-year-old actress and her 25-year-old beau, who are currently in Mumbai, can be seen wearing traditional Indian dress and staring lovingly into each other’s eyes as the bride-to-be perches her hand atop the singer’s chest to show off her massive sparkler.

Both Jonas and Chopra uploaded the same romantic snap to Instagram, but each used their own unique heart-melting caption. He wrote, “Future Mrs. Jonas. My heart. My love,” while she let the world know that she is now “taken… with all my heart and soul…”

Chopra went on to share a gallery of snaps from their traditional Hindu prayer ceremony, writing, “The only way to do this… with Family and God. Thank you all for your wishes and blessings.” Also included in the album was an adorable image of their two families posing in front of greenery adorned with a custom gold NP sign.

Included in the festivities were Chopra’s mother Madhu and brother Siddharth, as well as Jonas’ parents, Denise and Kevin Sr., who took to social media to welcome the newest addition to their family. “So happy for the engagement of our son @nickjonas and we welcome @priyankachopra into our family with love and excitement,” he gushed. Although there were no snaps of Jonas’ brothers, Joe reposted the engagement pic on his own Insta, writing, “I couldn’t be happier for my brother. Welcome to the family @priyankachopra. We love you.”

The couple reportedly dated for just two months before Jonas proposed during his love’s birthday party in London this past July.