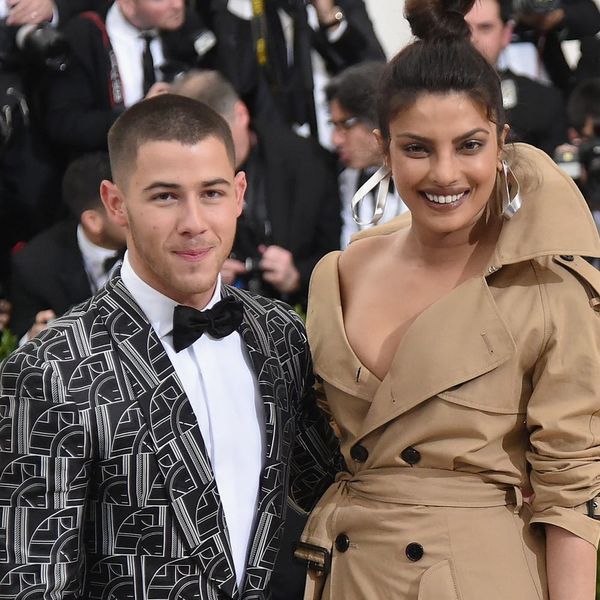 Ever since rumors started to swirl that Nick Jonas and Priyanka Chopra reportedly got engaged after dating for a mere matter of weeks, we’ve been not-so-patiently waiting for these two to confirm that they’re dating, let alone planning a wedding. Well it seems Chopra just made her engagement status Instagram official, showing off a stunning new bauble on that finger, and holy moly.

To recap: last month, People reported that Jonas had shut down a Tiffany & Co. store in order to find the perfect engagement ring for his lady love. He then reportedly proposed to the Quantico star in London on July 18, her 36th birthday, all before they even officially went public as a couple.

Of course, the “Jealous” singer has coyly made mention of his relationship on Instagram, posting flirty comments on Chopra’s page and posting a blink-and-you’ll-miss-it photo of her to his Instagram Stories recently. But neither have commented on the engagement… until August 14, when the Baywatch star showed off her major bling on a pal’s Instagram. It’s pretty undeniable now.

Peecee and I getting our pouts in order ! 😂 #potraitlighting💡 #shotoniphonex

Bollywood actress Raveena Tandon posted a selfie with her close pal Chopra, captioning the shot, “Peecee and I getting our pouts in order.” And while they’ve certainly perfected the pouty Insta pose, it’s that blinding bling we can’t stop swooning over.

People reports that the ring looks like a “custom cushion cut diamond with tapered baguettes,” and even though she hasn’t confirmed if it’s actually an engagement ring, we do know one thing is certain… it’s gorgeous, and we can’t wait to see more.

What do you think of Priyanka’s fabulous new bling? Let us know @BritandCo!

Arielle Tschinkel
Arielle Tschinkel is a pop culture junkie who went to NYU because the Olsen twins went to NYU (really). She is a freelance writer whose work has also been featured on HelloGiggles, Refinery29, SheKnows, Bustle, Hollywood.com, and many others; and she's living her dream one Britney Spears GIF at a time. Follow her on Twitter @mrstschinkel or visit her website at arielletschinkel.com.
Celebrity Couples
Celeb Style
Celebrity Couples Celebrity Engagement Fashion Inspiration