How Nina Dobrev Deals With Her Adult Acne 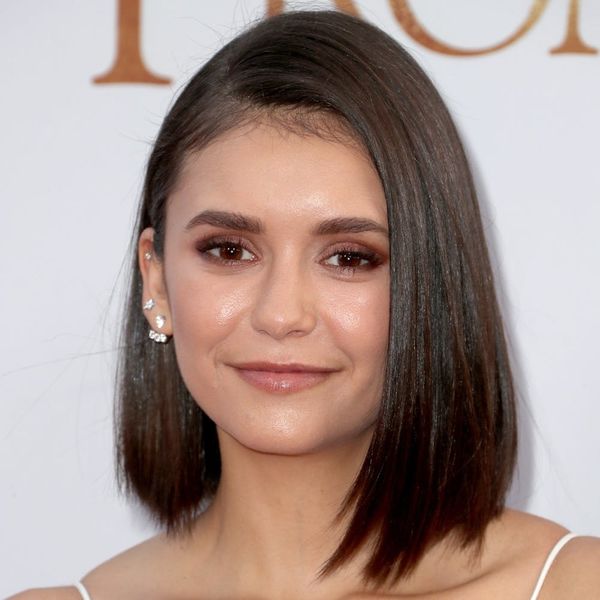 At only 28 years old, Nina Dobrev has already been famous for well over a decade. But the Vampire Diaries alum insists that while she might seemingly live an Instagram-ready life, she deals with life’s annoyances — like breakouts — just like the rest of us.

In an interview for Ocean Drive‘s September issue, Dobrev got refreshingly real about the pressure to wear makeup, use Instagram filters, and be the image of perfection as a Hollywood starlet. “Now we have apps that can Photoshop anything and everything, which puts out an image that’s not realistic,” she says. “Young girls see this image and think that’s what they should be and that’s how they should wake up.”

But the truth is, she wants to show her fans that all the digital smoke and mirrors are just that. “I don’t wear makeup on a daily basis. I try to reflect that on my social media too,” Dobrev says. “When I do Instagram stories, I’m not all dolled up and glamorous; it’s a peek into my day-to-day life, which is kind of normal and average,” Dobrev says. “I get pimples and zits all the time and I deal with them just like anybody else, with zit cream. Sometimes I walk out of the house with the zit cream and forget about it.”

The Let’s Be Cops actress wants her fans to know that they aren’t alone in their struggles with perceived flaws and inadequacy. “That’s just life; it’s unpredictable and awkward and we all feel insecure all the time but that’s completely normal and okay and everybody has good days and bad days,” she says. “It’s especially important now to show young girls that and to make them aware that they are perfect exactly the way they are.”

What do you think of Dobrev’s philosophy on Instagram filters? Let us know @BritandCo!

Arielle Tschinkel
Arielle Tschinkel is a pop culture junkie who went to NYU because the Olsen twins went to NYU (really). She is a freelance writer whose work has also been featured on HelloGiggles, Refinery29, SheKnows, Bustle, Hollywood.com, and many others; and she's living her dream one Britney Spears GIF at a time. Follow her on Twitter @mrstschinkel or visit her website at arielletschinkel.com.
Celebrity Beauty
Skincare
Celebrity Beauty
More From Skincare

What Japanese Skincare Taught Me About Meditative Self Care

Get Sandal-Ready Feet with These Softening Foot Lotions