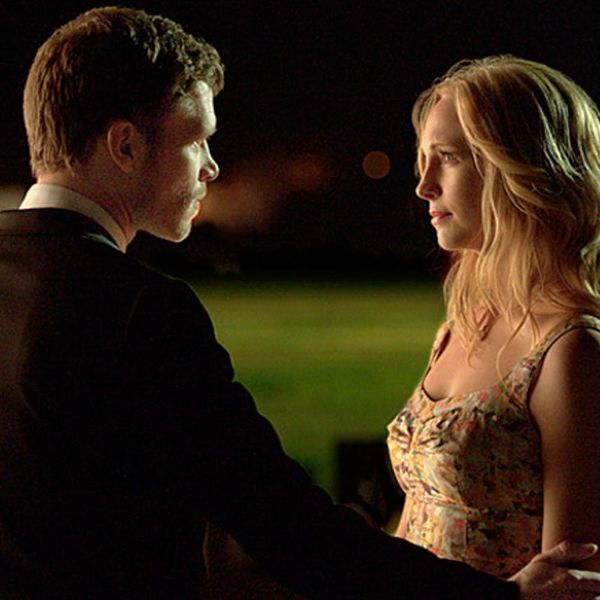 We’re having to say goodbye to some of our fave shows in 2017, and that includes The Vampire Diaries, which went out with a bang (and a heck of a lotta tears). And while most fans will admit that the show just wasn’t quite the same after Nina Dobrev left at the end of the sixth season, it was still pretty difficult for hardcore fans to let go. But now that we’ve finally bid farewell, folks are feeling like things might not be completely over, as the series finale has sparked speculation over the future of “Klaroline.”

If you need a bit of a recap around the Klaus and Caroline sitch, he happens to be a vampire who stepped onto the scene as a bad dude (played by Joseph Morgan), but eventually moved onto his own show, The Originals, while also falling for fellow vampire Caroline (played by Candice King). While their sitch (both individually and together) is just about as complicated as you’d expect, something has happened that leads fans to believe their story isn’t quite done yet.

It all comes down to that letter…

Here it is! Our #Klaroline letter.

"But that, is the beginning of another story."

Thank you thank you!

“However long it takes.” Oh my!

With fans buzzing hard over what the letter could possibly signify, we now have a few deets from the people behind the scenes. According to Entertainment Weekly, series creators Julie Plec and Kevin Williamson addressed the letter, and while they’re totally giving fans hope for more TVD-esque goodness, they frankly can’t confirm anything yet.

Why? Because they don’t even know what’s going to happen. “I can’t make any promises for many reasons: One, because we don’t have a fifth season of The Originals. Two, because while I love the world of the boarding school and all that it represents, that would be an entirely new show that I haven’t even begun to think about, but the doors were not left open unintentionally. They’re open with a hope, not a promise.”

Williamson added, “Look, Caroline and Alaric opening up the school for special children is one avenue we could go down for potential storyline for its own series — maybe. I’ve always wanted Klaus and Caroline to have another moment, another storyline, another some sort of future. So, we opened up that world to sort of suggest that they did, when it was Klaus that donated all the money to start the school. But nothing is in the works.”

We’ll take it and keep our fingers crossed.

What do you think will happen to Klaus and Caroline? Let us know @BritandCo!