From Weird to Wonderful: The Best NYFW Front Row Celebrity Pairings Ever 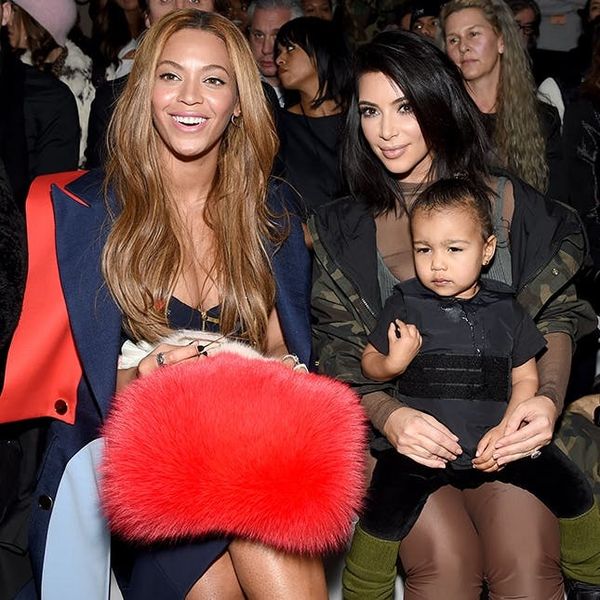 Ahhh, New York Fashion Week is rapidly approaching. Aside from all the fab outfits, ranging from street style to WTF, plenty of celebs are always flocking to see what’s going down on the runways under the tents. The best sightings obviously happen in the front row of each show, and sometimes they result in duos that you’d never think would join forces. Check out nine front-row famous friends below and try not to be envious of the conversations they had and the outfits they wore.

2. Nicki Minaj + Anna Wintour: To stand out in an even more eye-catching way than that pom pom dress, the rapper took a VIP seat next to a VIP at the Carolina Herrera Spring 2012 show. You think Nicki asked Anna what’s good while they were seated? (Photo via Mike Coppola/Getty)

3. Blake Lively, Freida Pinto, Rose Bryne + Michael Douglas: A powerful female trio with an added “HUH?” next to them attended the Fall 2014 Michael Kors show all looking fashion forward. Even you in that turtleneck, Michael ;) (Photo via Dimitrios Kambouris/Getty)

4. Kate Hudson + Allison Williams: During the Fall 2015 Michael Kors show this past spring, two talented actresses and active social media stars joined forces in matching outfits to watch some fashion. Can that be the plot of their female-buddy comedy?! (Photo via Dimitrios Kambouris/Getty)

5. Anna Kendrick, Carrie Underwood + Zosia Mamet: What do a Barden Bella, a country singer and a GIRLS girl have in common? They all RSVPed yes to front row seats for the TRESemme at Rebecca Minkoff Fall 2014 show. Duh. (Photo via Astrid Stawiarz/Getty)

7. Bono + Chelsea Clinton: Move over, #KanTay2020; the next random duo that could be presidential hopefuls are these two, who were spotted at the Fall 2014 Edun show. (Photo via Vivien Killilea/Getty)

8. Jada Pinkett Smith, Chrissy Teigen + John Legend: Sitting front row next to the runway during the Fall 2013 Vera Wang show was this OTT hot trio. We gotta wonder, though — where’s Will? (Photo via Stephen Lovekin/Getty)

9. Rita Ora + Katie Holmes: These two know how to pull off the skeptical look as shown from their front-row appearance at Donna Karan’s Fall 2014 show. (Photo via Larry Busacca/Getty)

What celebrity pairings do you want to see sharing the front row at NYFW this month? Share those duo wishes in the comments.