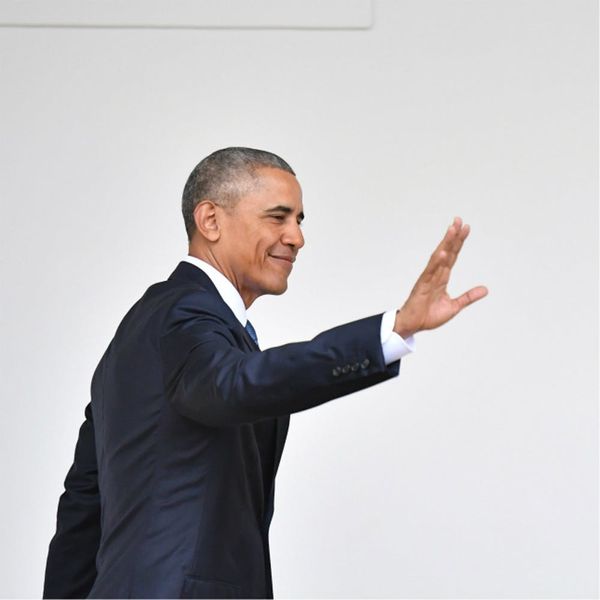 There’s trolling, and then there’s trolling. Former official White House Photographer Pete Souza has snapped some of the most famous photos of the Obamas we’ll ever see. He took photos of the former first couple that gave us major heart eyes and captured both tense and sweet moments. With the Obamas having said their farewells to go on an epic vacation, Souza has been using his official Instagram account to troll the heck out of President Trump, and he’s doing a hilarious job.

It started back in January, just after the President’s executive order banning Muslim entry from seven countries. The pic Sousa reposted was one of Obama with a girl in a headscarf in Kuala Lumpur back in 2015. Subtle, it wasn’t. Next, he reposted Obama’s meeting with six-year-old Alex, who wrote to the President after seeing footage of a small boy in Syria alone and bloodied in an ambulance. Alex had asked the President if Obama could bring the boy to America to live with his family.

Remember Alex, the six-year-old boy who wrote President Obama a letter about the Syrian boy photographed in the ambulance. Alex visited the Oval Office with his family the day after the election. "Dear President Obama, Remember the boy who was picked up by the ambulance in Syria? Can you please go get him and bring him to [my home]? Park in the driveway or on the street and we will be waiting for you guys with flags, flowers, and balloons. We will give him a family and he will be our brother. Catherine, my little sister, will be collecting butterflies and fireflies for him. In my school, I have a friend from Syria, Omar, and I will introduce him to Omar. We can all play together. We can invite him to birthday parties and he will teach us another language. We can teach him English too, just like my friend Aoto from Japan. Please tell him that his brother will be Alex who is a very kind boy, just like him. Since he won't bring toys and doesn't have toys Catherine will share her big blue stripy white bunny. And I will share my bike and I will teach him how to ride it. I will teach him additions and subtractions in math. And he [can] smell Catherine's lip gloss penguin which is green. She doesn't let anyone touch it. Thank you very much! I can't wait for you to come! Alex 6 years old "

Since his start in January, he’s countered every questionable move that President Trump has made with simple photographs. A fight with Mexico’s president? How about a throwback pic of Obama and said President sipping tequila like true pals?

This one is for Grover. President Obama sampling some tequila with President Enrique Peña Nieto of Mexico in 2013. @heygrover

With all the trolling, Souza made a confession, though. He admitted that what he misses most about his eight years at the White House is not Obama himself — it’s Bo, the Obamas’ dog.

Have you ever been sad about leaving a job? Tell us about it @BritandCo!