‘Once Upon a Time’ Ending After Season 7 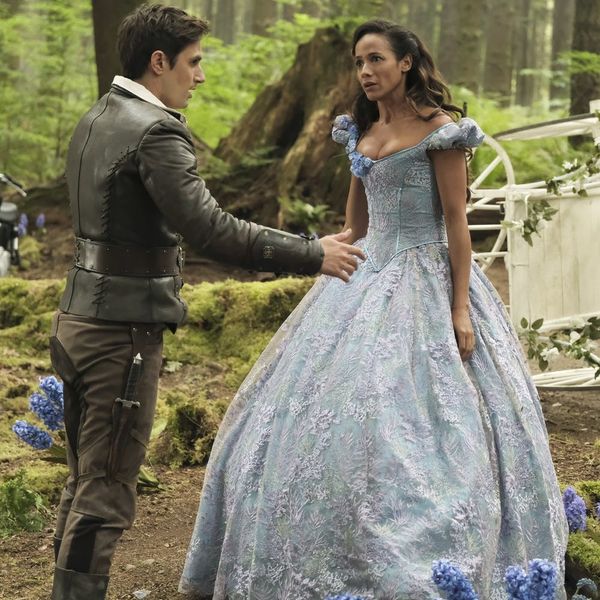 Fans of Once Upon a Time started to wonder if trouble might be brewing last spring when Jennifer Morrison, one of the OG stars, revealed that she was leaving the show. Ginnifer Goodwin, Josh Dallas, Emilie de Ravin, and Jared Gilmore followed soon after, and although the series rebounded with new characters, it looks like fans’ fears may have been justified, as ABC has just announced that the show will end after its current season.

According to Variety, the remaining episodes will be the last for the beloved series, which returns on March 2 for the second half of its final season. The finale is scheduled to air in May.

“When we first heard Adam [Horowitz] and Eddy [Kitsis]’ pitch for Once Upon a Time, we knew it was something incredibly special,” ABC president Channing Dungey told Variety in a statement. “For seven years, they have captivated us with their creativity and passion while reimagining some of our most beloved Disney fairytales, creating an undeniable global hit. Saying goodbye will be bittersweet, but Once Upon a Time will forever be part of the ABC legacy, and we can’t wait for fans to join us in this epic final chapter.”

Co-creators and executive producers Eddy Kitsis and Adam Horowitz admitted to Variety that there is “a bit of disappointment” over the end of the series, but said they’re grateful for their seven successful seasons. Kitsis explained, “We have had so much fun doing this, and the success of the show was bigger than we even dreamt of. We can’t do anything but say awesome.”

As for the finale, Kitsis told the site, “We went into the season knowing this was a possibility. There was no guarantee; we were taking a big risk, and so we had two different scenarios for the finale. And so we’re going to go with plan B.”

Plan B is a mystery to viewers for now, but the EP hinted at an exciting possibility. Though he was careful not to slip up and spill any spoilers, he did reveal that “some familiar faces” could very well return for the show’s big finale. Horowitz added that they also “have some surprises that [they]’re hoping to unfurl in the last few [episodes].” Sounds intriguing!

Also intriguing? What Kitsis had to say about possible spinoffs or sequels. “The show is a giant spinoff sequel. Every year we felt like we rebooted it. Every year we would take it somewhere else,” he told Variety. “So there are always spinoffs to be had. I wouldn’t close the door to any of it. Will Adam and I do it? I don’t know yet. I think for us right now we’ve really enjoyed the seven seasons and we’re feeling like we might need to take a break.”

Will you be sad to see Once Upon a Time end? Let us know @BritandCo!