Oprah Probably Won’t Run for President, So You Should Support These Women Instead 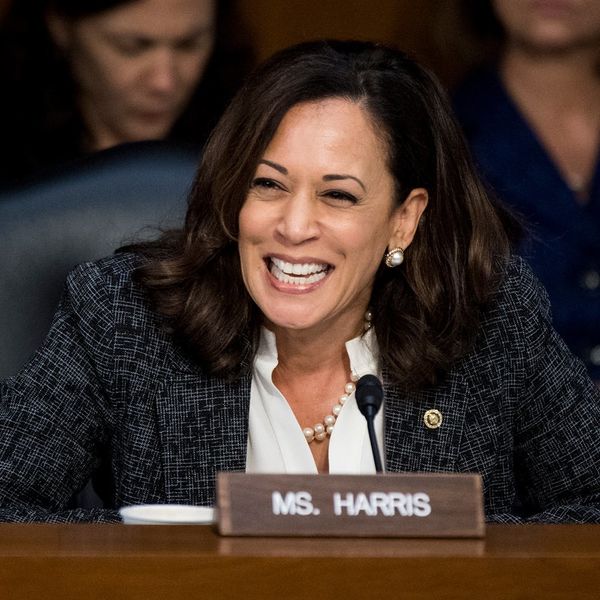 Look, we get it. Oprah Winfrey’s awe-inspiring speech at this year’s Golden Globes was incredible. Since the moment she was done speaking, many people have been begging the former daytime host to throw her hat in the ring for the 2020 presidential race.

But here’s the thing — being the genius she is, Winfrey likely knows she’s not a politician. Chances are slim that she’ll run for elected office (regardless of what Stedman says). What she will do, however, is support the women of color already serving our country, and lift up others who intend to run going forward. And so should we.

According to the National Database for The Gender and Multicultural Leadership Project, there are currently only 10,083 state and locally elected officials nationwide who are not white (this list includes all levels of state and municipal government including school trustees). At the federal level, there are only 75 non-white congresspeople. By gender, the overwhelming majority of these folks are men, at a rate of nearly three to one.

OPRAH. ISNT. RUNNING. FOR. OFFICE. But other Black women are. So instead of squawking about Oprah 2020, support some real candidates. @HigherHeights @blackwomenrun https://t.co/ooKEVfLrHf

If you don’t know where to start looking or how to get involved in supporting more Black women into elected office, Higher Heights is an organization working to invest in a long-term plan to expand and support Black women’s leadership into local, statewide and federal politics by working with different organizations and political parties to ensure that Black women not only have a seat at the table, but that they have the same opportunities as others to run for elected office.

Emily’s List, on the other hand, while not POC focused, does support a number of pro-choice, non-white Democratic candidates, providing funding, access to support, and creating an easy to use database for voters to search out candidates in their area.

Blogger and activist Luvvie Ajayi has created a running list of all the Black women running across the country, as well, so if you’d like to see who’s thrown their hat in the ring, the list, while not endorsing one way or the other, is highlighting Black women for 2018. With over 100 names currently on the list, Ajayi is asking for input, so if you know of someone who should be added, you can contact her via the page directly.

Last November’s election cycle was groundbreaking for the number of POCs elected to office at the municipal and state levels. These elections show that in general, people are looking for change, and there are already women in Washington DC ready to rise through the ranks.

Women like Kamala Harris, the California Senator who currently sits on the Senate Judiciary Committee (only the third Black person ever to be involved) would do well for the Dems in a federal race due to her being known on the national level. And there’s already buzz surrounding her for 2020.

No matter how much we love Winfrey, trying to top Trump’s reality TV verbosity with another television star may not be the way forward. Business people are great in the corporate world, but often flounder when faced with the bleak reality of bureaucracy. Broadcast stars like Winfrey are good public speakers because it’s their job to be — but public service is whole separate game.

Most politicians spend their entire political careers working within the current structure, and their abilities as public servants shouldn’t be taken lightly or ignored when something shiny (and arguably, more famous) comes along.

So, if you want to take Queen O’s words to heart in 2018, support those who need it most to make a real difference in the world.

How will you support women during the 2018 election cycle? Let us know @BritandCo!