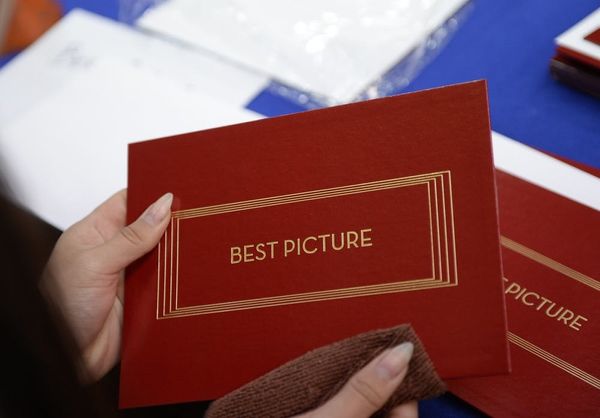 The month leading up to the Oscars is one big guessing game in Hollywood. Everyone has their own favorite films of the year, and their own predictions for how the Academy will vote. If you find yourself getting caught up in the fun of awards season speculation, there are a handful of great podcasts you can add to your queue for additional analysis. Whether for fun or to give you a leg up in your office pool, here are seven podcasts we recommend for Oscars pondering, picks, and predictions.

GoldDerby:GoldDerby.com is the internet’s foremost awards show fact-finder and predictor, and on its Oscars podcast, the site’s writers delve into each of the nominees with the same spirit as your friends arguing on your couch on Oscar night. So far, they’ve pondered whether Lady Gaga has a chance to beat Glenn Close for Best Actress, whether Roma is a shoo-in for Best Picture, and more.

Little Gold Men: Vanity Fair’s Hollywood podcast goes behind the scenes all year, and this year they’ve kicked off Oscars season with an episode asking whether the 2019 ceremony might just be the most unpredictable Academy Awards to date. Expect additional insight into other industry awards predictors (such as the SAG Awards), interviews with insiders, and more.

The Big Picture:The Ringer‘s movies podcast is a must-listen for contemporary moviegoers year-round, and especially in the lead-up to the Oscars as they break down all the nominees and analyze the greater industry trends that could signal the awards outcomes.

Awards Chatter: Though less specifically Oscars-focused, The Hollywood Reporter‘s Awards Chatter podcast features interviews with many of this year’s Oscar-nominated performers and creators, re-injecting some context and color into the stories behind what can often be reduced to a stuffy industry night.

AwardsWatch Oscar Podcast: Another popular awards predictor, AwardsWatch.com, spends the lead-up to major awards shows delving into and breaking down all the ways the awards could go. There are also discussions on the cultural conversations and controversies surrounding the films and the awards shows themselves, so even if you’re not the betting type, it’s a great listen.

Next Best Picture: This self-explanatory podcast is dedicated first and foremost to trying to predict the year’s Best Picture winner but also covers lots of other news and angles throughout awards season. Last year, Next Best Picture correctly predicted The Shape of Water to win. This year, they’ve got their money on Roma.

The Awardist: From the editors at Entertainment Weekly comes The Awardist, an inside look at most of the major awards shows, with opinions and predictions on who and what should win and will win. So far for Oscars season, they’ve done episodes breaking down the nominees and looking at how the recent SAG Awards could forecast the outcome.

What are your Oscars picks and predictions? Let us know @BritandCo!