What the SAG Awards Can Tell Us About the Oscars 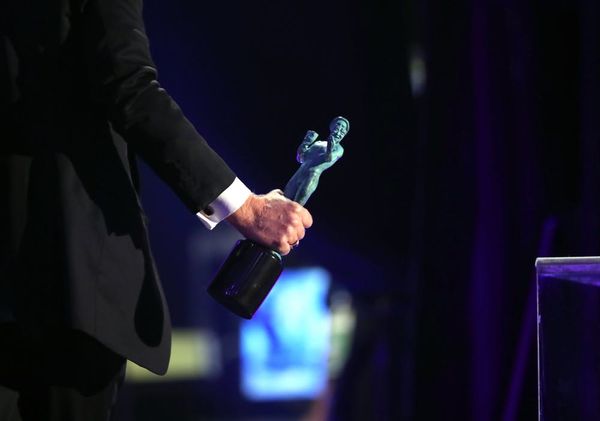 Making predictions is half the fun of awards shows, but as evidenced by the recent 2019 Oscar nominations and shocking snubs, who or what will be nominated — let alone win — is never a sure bet.

But there are, of course, ways to make some pretty educated guesses for who might take home 2019 Oscar statues. The surest way is to pay attention to other industry honors, including the Screen Actors Guild Awards, taking place this year on Sunday, January 27.

The SAGs differ from the Oscars in that they honor only performers, not full bodies of work or the people behind the scenes, but often, those who are nominated for or take home SAGs have a good chance of doing the same on Hollywood’s biggest night weeks later.

The biggest prize of the night at the Oscars is, of course, Best Picture, and the surest forecaster for this category at the SAGs is the SAG Award for Outstanding Performance by a Cast in a Motion Picture. Only two films — Braveheart and 2018’s winner, The Shape of Water — have ever taken home Best Picture at the Oscars without a SAG ensemble cast nomination.

This year’s SAG ensemble cast nominees include A Star Is Born, Black Panther, BlacKkKlansman, Bohemian Rhapsody, and Crazy Rich Asians, all but the latter of which earned a Best Picture Oscar nomination. The Favourite, Roma, and Vice earned Best Picture nominations without SAG ensemble noms, as did Green Book.

Green Book managed to take home the Golden Globe for Best Musical or Comedy Motion Picture, so, even though the Globes are not considered a clear roadmap to the Oscars, it seems possible that, should the Best Picture category stray from the SAGs predictor, Green Book seems the most likely to prove the exception to the usual rule.

The SAG nominees in the major acting categories are also usually reliable predictors for what we can expect to see at the Oscars. Over the 23 SAG ceremonies to date, only five Lead Actor winners and six Lead Actress winners have not gone on to win the Oscar, according to Gold Derby.

There’s slightly more variation in the supporting categories: Per Gold Derby, nine Supporting Actor winners and seven Supporting Actress winners at the SAGs have missed out on Oscar gold. Most recently, in 2018, the big four — Gary Oldman and Frances McDormand in Lead Actor and Actress and Sam Rockwell and Allison Janney in Supporting — also took home the Academy Awards in their respective categories.

Other industry awards worth following for Oscar predictors include the Producers Guild Awards and the Directors Guild of America Awards. These awards, unlike the SAGs, honor the movies themselves and those who made them.

The Producers Guild Awards, which took place on Saturday, January 19, awarded the Best Theatrical Motion Picture award to Green Book. This award is considered a strong Best Picture fortune teller for the Oscars.

The Directors Guild Awards, which will take place on February 2, frequently show overlap between the Best Director winner at the Oscars. This year, the categories share three nominees: Alfonso Cuaron for Roma, Adam McKay for Vice, and Spike Lee for BlacKkKlansman.

To get all the info you need for your Oscars ballot, watch the 2019 SAG Awards on Sunday, January 27, on TNT and TBS.

Do you make awards shows predictions? Let us know @BritandCo!