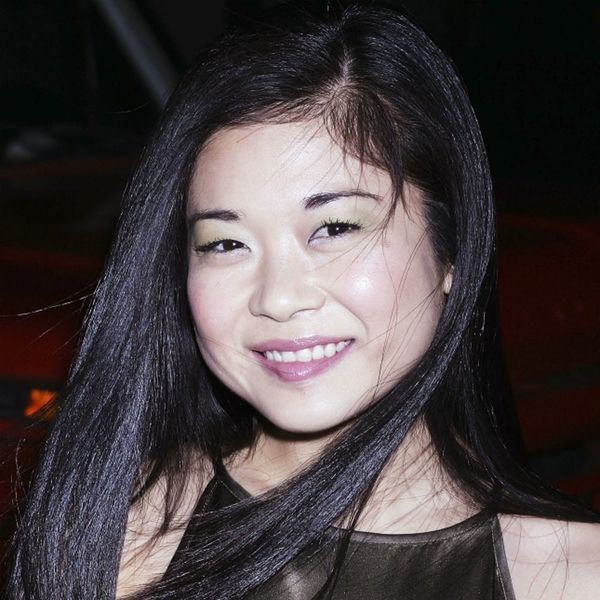 Ever since the announcement that Netflix was going to bring back Gilmore Girls, we’ve been waiting patiently for any and all information related to our favorite mom and daughter duo. We’ve learned that most of the cast has returned, and that principal filming has wrapped, so now we’re just waiting with bated breath for the official launch of A Year in the Life. Thanks to show co-star Keiko Agena’s Instagram, we’ve got our first real snippet of dialogue.

Sharing a photo of her doing her post-production voice work (otherwise known as ADR), Keiko’s post includes a blurry screen behind her which includes a few little details that are getting us really excited. First of all, the episode is called Winter, and it looks like the opening scene is one with Keiko’s Lane and Rory herself! The dialogue has one of the friends saying to the other, “Ah, you’re here!”

My #FirstLook at the episode. #gilmoregirls ADR. Good Job everybody!

While we don’t know who’s saying this for sure, we do know it’s proof that Lane and Rory are together in the reboot. Maybe they’re getting together like usual or reuniting after a long separation. Even though we’re trying hard not to speculate too much, just the fact that we’re getting little bits and pieces from the cast is really exciting and making it even harder to wait for Netflix to release the show already!