How This Female Entrepreneur Built a 7-Figure Business Around Periods 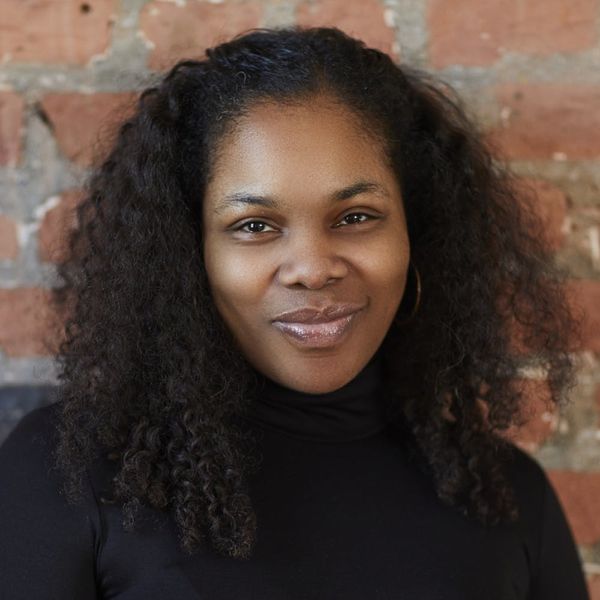 As if cramps, bloating, and fatigue weren’t enough during periods, you also have to deal with occasional, embarrassing, seemingly unavoidable leaks. Crystal Etienne decided to do something about it, launching her own business by designing a line of leak-stopping clothing from underwear to swimwear. PantyProp has grown to a seven-figure business thanks to Etienne’s goal of helping women have happier periods. We talked to her about the history of her company and her plans for the future.

Etienne shares that her own struggles inspired her to create PantryProp. After giving birth in her 20s, she started dealing with unexpected leaks when she would sneeze, cough, or laugh. But she had a hard time finding products that worked for her. “I also had trouble using tampons,” Etienne shares. “They made me feel lightheaded, which is a sign that there was something wrong.” When she started to research her own difficulties, she discovered that other women had problems with tampons too. Doing a simple search for “can’t use tampons” on Google gave her four million results from women who struggle with the same issue because of cultural restrictions, age, health conditions, and special needs.

“We need more options in feminine hygiene and personal care,” Etienne asserts. “This is a public health issue. We need to educate our daughters and ourselves on proper self-care and the risks associated with sticking something ‘up there.’ The only reason why most people insert a foreign object in the body such as a tampon or cup is that they yearn for comfort they can’t get from pads. I created PantyProp to bridge that gap between health, hygiene, and comfort.” Also, as her daughter grew and started menstruating, Etienne noticed that she was embarrassed to go swimming because of the possibility of leaks. All of these factors motivated Etienne to start her own line of products for incontinence and feminine care.

PantryProp currently includes activewear, swimwear, sleepwear, and underwear. Made from organic cotton, this fashion line molds to the bodies of women, men, and teens. Etienne explains that all of her products have patent-pending technology to stop leaks: “Our proprietary leak-proof gusset is one-of-a-kind. It angles correctly under the body cavity to collect flow onset. The leak-proof component is 100 percent all-natural without any chemicals, plastics, or PUL that may cause odor or a build-up of moisture that can in turn cause yeast or bacterial infections.”

Etienne points out that many of her customers wear the underwear or sleepwear without any additional protection. But some prefer to use extra precautions, so she designed the entire line to have the functionality to secure a pad perfectly in place. The swimwear products are equivalent to wearing about two to three moderate tampons, and all of her other products are equivalent to two tampons, which means if your flow is light, you don’t need anything else. However, Etienne shares that cycles vary, so you can pair the items with double-sided pad inserts to get six tampons worth of coverage daily.

As an African-American woman, Etienne struggled to find funding, ultimately bootstrapping the company herself. “I started PantyProp with $35,000 of my own funds,” she shares. “I was determined. I started observing what other companies were doing well, and their weak points. I became their customer, trying out the user experience. I became so passionate that I installed 24/7 customer service into PantyProp and stayed up until 3am answering questions personally from people all over the world.”

Every dollar Etienne earned went back into the business to make it better and create her full product line of swimwear, sleepwear, activewear, and underwear. Her determination paid off as the business grew to six figures in its first year, so she started to search for outside investors. “It was then that I realized discrimination in venture capital is real,” she admits. “I never believed it before. Securing funding as an African-American woman has been an uphill battle. I am still looking for investors who believe in my vision. PantyProp is almost at $2 million in annual revenue, and investors are still skeptical! I’m on a mission to prove that women-of-color-founded startups are a great investment.”

Despite growing her business to seven figures, Etienne still picks out every fabric by hand and stays involved in every aspect of production. Today, she ships products to 195 countries and has plans for greater growth for her company.

What steps are you taking to start your own business? Tell us about your journey on Twitter @BritandCo!