Here’s Why You Really Need to Talk About Your Period 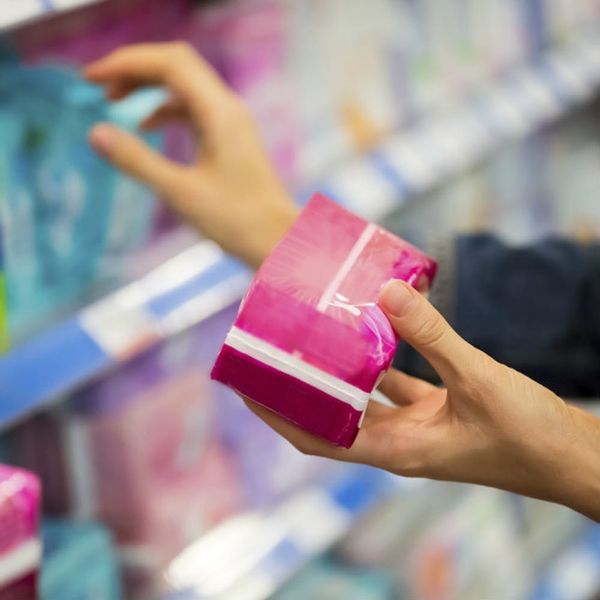 It’s true that nothing is particularly enjoyable about getting your period. Cramps can take over, fatigue can increase, and let’s face it: Not everyone is comfortable dealing with blood for a week straight! While a period is nobody’s favorite thing, the widespread stigmas that tell us periods are dirty and gross mean women shroud their periods in a veil of secrecy, and can even create major quality of life and health problems for girls and women.

Recently, YouGov and Action Aid released the findings of a UK-based survey which found that most women don’t know what’s going on with their periods and don’t want to talk about periods in general. The survey received 2,140 responses from both men and women, and revealed that one in four women in the UK do not understand their menstrual cycles, and one in five would not be comfortable discussing their period with female friends, their moms, and their partners.

According to a different report, from 2016, an estimated 3.5 million British women and girls have had to take time away from work or school because of their periods. And yet, only one in four women was comfortable mentioning that their period was the reason for the time off.

It may not seem like that big of a deal that so many women aren’t comfortable talking about their periods, but the taboos that make women feel overly private about menstruating causes a world of problems for women and girls, especially in poor and developing nations.

In India, the extreme taboos surrounding periods make it really difficult for girls to receive education past puberty. Throughout the country, menstruation is often considered impure or a sickness and millions of women and girls lack access to menstrual hygiene products or clean places to have their periods. One in five girls drop out of school once they start getting their period.

While menstrual taboos have a more pronounced impact in developing nations, the fact that so many women in the UK, a “first world” country, are still confused and secretive about their periods says a lot about how globally pervasive this issue is. Even here in the US, there are major education gaps among women and girls about their periods.

Young girls have reported that they thought they were going to die when they first got their period, because nobody ever talked to them about menstruation. Christina Tesoro, a sex-educator based in NYC, tells Brit + Co this same thing even happened to her own mom.

And yet, Tesoro tells us that talking about periods is vitally important for our reproductive and sexual health. The general stigma around periods also plays into harmful messages about vaginas and reproductive organs being “gross,” when really they’re just parts of our bodies, and we need to pay attention to them for our own physical well-being. Tesoro says that if people feel uncomfortable about their periods and their vaginas in general, it’s going to make it harder to communicate important information to partners and health professionals — especially about birth control.

Tesoro explains that different kinds of birth control can have different impacts on periods, so knowing your own cycle really well and being able to talk about anything and everything related to it is clutch for finding an option that works.

Cameron Glover, a Newark-based writer and sexuality educator, tells us that talking about periods also helps build community and a support system where it’s safe to talk openly about women’s health. Hearing people talk about typical periods, as well as periods that are accompanied by conditions such as premenstrual distress disorder (PMDD), means nobody has to wonder whether or not they’re “normal.”

Glover tells us that, “For most people, having a safe space to talk about it can dramatically decrease feelings of shame and start to break down that ingrained sense of secrecy.”

So go ahead, people! Talk about your periods. Bring up your cramps to your BFF, chat with your partner about your flow, go shopping for Diva Cups or tampons with your sisters, and take note of how your period works so that you can give your doctor as much helpful information as possible.

How comfortable are you chatting about your period with the people in your life? Tell us on Twitter @BritandCo.

Elizabeth King
Elizabeth King is a politics, history, and culture writer based in the Twin Cities. She is generally pretty cranky but still enjoys traveling, music from the early 2000's, and plotting the resistance. Feel free to say hi on Twitter at @ekingc or check out some of her work at www.elizabethcking.com.
Period
Womens Health
Period
More From Womens Health