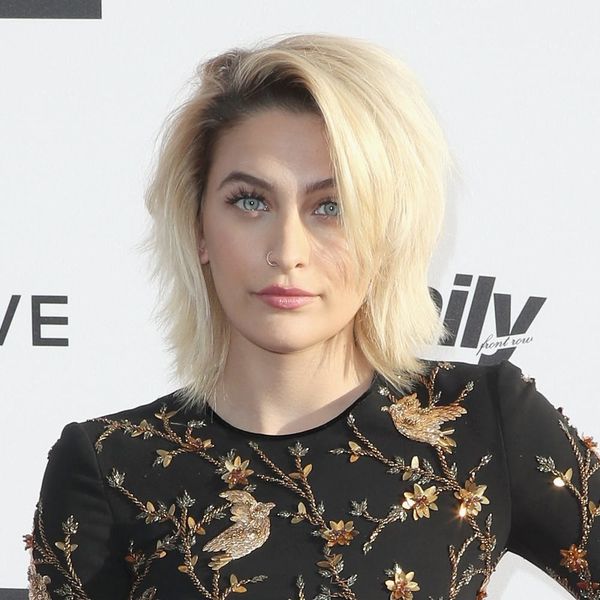 Paris Jackson’s star is certainly on the rise, having just signed a contract with Gigi Hadid’s modeling agency, along with snagging a spot on Kendall Jenner’s famous-gal-filled crew. However, with added attention come those inevitable unwanted rumors. While most peeps would have no issue being linked to a Hollywood hunk, Jackson wants the world to know that no, she’s NOT dating Zac Efron.

When the 29-year-old former Neighbors star apologized to the now 19-year-old for breaking her heart years ago by not appearing for a performance of High School Musical live she had gone to see, even inviting the model to his Baywatch premiere, fans were quick to ship this possible couple. Peeps were eager to link the pair together in any way possible, but according to the Star actress, no dates, romance, or any type of budding relationship was involved.

As proof, Jackson took to Instagram to show her followers a text conversation between herself and a friend who had spotted a tabloid with the headline, “Zac and Paris: Inside Their Secret Date!” When her friends exclaims, “You didn’t tell me you had a new guy,” Jackson replies with a straightforward, “Lmao shut up. I’ve never even met him.”

That’s right, despite all the buzz, the two have never even met, let alone formed some sort of romance.

It’s just another reminder not to believe everything you hear!

Could you see Paris Jackson and Zac Efron as a couple? Let us know @BritandCo!

Desiree O
Desirée O is a ‘Professional Bohemian’ who loves anything and everything related to the arts, entertainment, and pop culture. She ADORES being a ‘Newsy’ for Brit + Co, covering all of the latest tidbits of awesomeness that you want to read about. When she’s not writing, she’s either making messy art, going on long adventurous walks with her camera, or poking around over at bohemianizm (http://www.bohemianizm.com/). You can find out about Desirée O and her work at http://DesireeO.com/ or follow her on Twitter @DesireeO.
Celebrity Couples
Celebrity News
Celebrity Couples love
More From Celebrity News