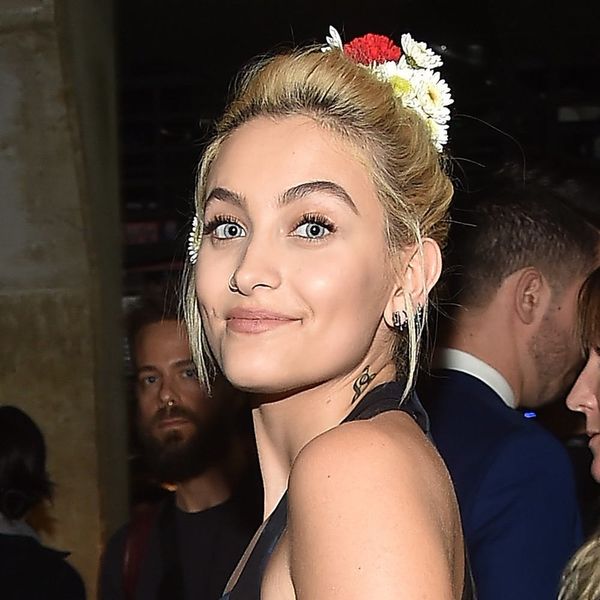 Paris Jackson has been blowing up the fashion world as of late. Between her haute Grammys look(s), her first fashion cover (CR Fashion Book, on which she TOTALLY channeled Madonna), and her front row seats at NYFW, girl seems more poised than ever to become the next Gigi Hadid. In fact, she’s even signed with the model’s agency!

Michael Jackson’s little girl is now modeling in the big leagues with IMG Models. IMG made the announcement over on its page yesterday, posting a high-fashion shot of its newest star with bright red lips and a pompadour ‘do with the caption: “NOW REPRESENTING Paris Jackson.”

Jackson posted the same shot to her own page, saying, “Thank you @imgmodels I feel very lucky and blessed.” (Btdubs, we seriously can’t get over how much she looks like the Material Girl!)

It looks like we’ll be seeing plenty of Jackson off the magazine pages soon, as well, as she’ll be starring in a new TV series on Fox called Star (so appropriate). Congratulations, Paris!

Are you excited to see Paris hit the runway? Sound off over @BritandCo.