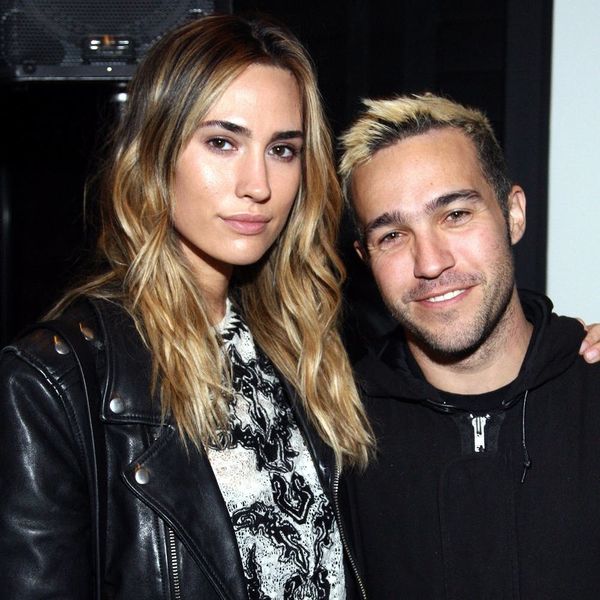 Mother’s Day weekend saw many celebrities taking to social media to honor their moms, but Fall Out Boy bassist Pete Wentz used the opportunity to celebrate his girlfriend, Meagan Camper, and to announce the arrival of the couple’s new baby girl.

“So excited to introduce Marvel Jane Wentz,” the pop-punk star announced in an Instagram post. “Feeling so grateful that she’s here…annnnd she’s already ready to take over the world. Happy Mother’s Day @meagancamper and all the moms out there. We [heart] you.”

Wentz included a photo of himself and Camper snuggling their newborn baby girl. They were joined by their 3-year-old son, Saint Laszlo Wentz, as well as Wentz’s 9-year-old son, Bronx Mowgli Wentz, whom he shares with ex-wife Ashlee Simpson.

“Her brothers are both very excited about their brand-new kid sister,” Wentz told People. No other details, including the exact date of the new bundle’s arrival or the inspiration for little Marvel’s name, have been shared just yet.

Wentz and Camper, who have been together since 2011, first announced they were expecting on New Year’s Day. “We’re kicking the year off with news of the best gift yet: [a girl],” the musician wrote at the time.

Fall Out Boy has had a busy year, but Wentz will get to enjoy a few months at home with his new daughter — the band’s current tour, in support of their latest album Mania, is on a break for the time being, and will resume on August 24. Congrats to the growing family!

What do you think of the name Marvel? Let us know @BritandCo!