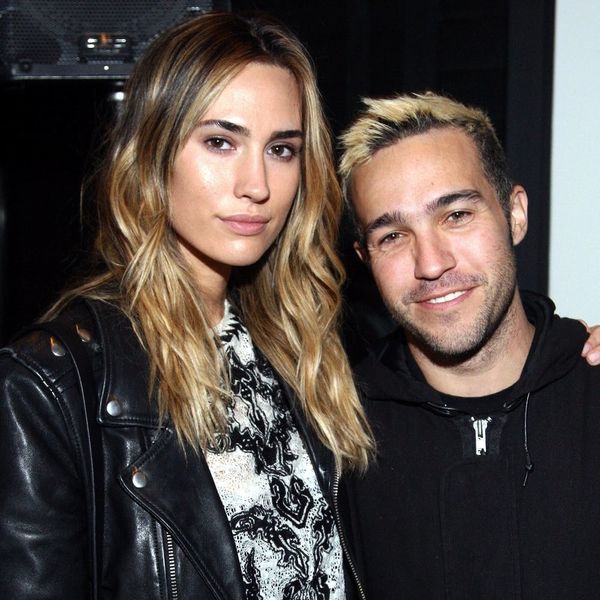 The last few weeks have been a busy time for celebrity baby news! Jessica Alba welcomed her latest bundle on New Year’s Eve, and Khloé Kardashian, America Ferrera, and Eva Longoria all announced in recent weeks that they’re expecting, too. Now, Fall Out Boy bassist Pete Wentz is joining the pack, revealing that he and girlfriend Meagan Camper are expecting their second child together — and it’s a girl!

“Happy New Year! We’re kicking the year off with news of the best gift yet: [a girl],” Wentz revealed via an Instagram post on New Year’s Day. “Coming to our family in 2018… love Pete, Meagan, Bronx, and Saint.”

Happy New Year! We’re kicking the year off with news of the best gift yet: 👧🏻 coming to our family in 2018... love Pete, Meagan, Bronx and Saint.

This will be Wentz’s third child, and his second with Camper. He welcomed Bronx with ex-wife Ashlee Simpson-Ross, who is now married to and shares a daughter with Diana Ross‘ son, actor Evan Ross, in 2008, and he welcomed Saint with Camper, whom he has been dating since his divorce from Simpson-Ross in 2011, in August 2014.

It’s shaping up to be a busy year for Wentz — along with a new baby, his new album with Fall Out Boy, Mania, is set to come out on January 19, and the band plans to continue to tour throughout the year. Congrats to the growing family!

Do you plan on checking out the new Fall Out Boy album? Let us know @BritandCo!